A new initiative to help youngsters from under-represented communities gain a pathway into racing will be launched this summer.

The Riding A Dream Academy was inspired by the achievement of Khadijah Mellah, who became the first British Muslim woman to win a race on a British racecourse in the Magnolia Cup at Glorious Goodwood in 2019.

Riding A Dream was the name of a documentary that charted Mellah’s progress. 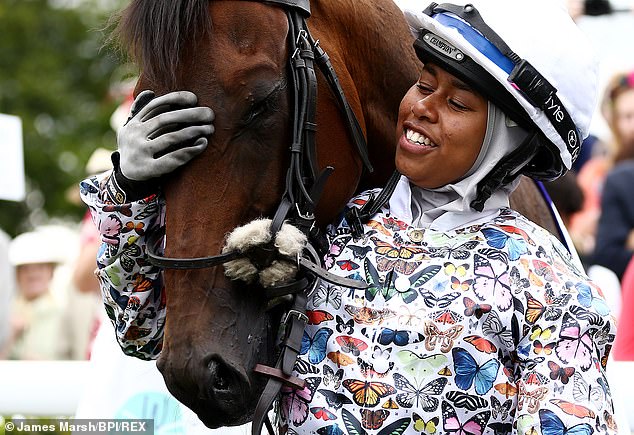 The academy, which is funded by the Racing Foundation, will draw on youngsters from urban equestrian centres like the Ebony Horse Club in Brixton where Mellah learned to ride.

The project includes a year-long programme for eight riders aged 14-18 to train for a week at the British Racing School in Newmarket before returning for 11 monthly lessons under the guidance of a mentor, as well as work experience at a leading racing stable.

The project also offers a residential week at the school for those less experienced with horses.

Mellah, who said the goal is for the academy to produce a professional jockey, added: ‘Racing changed my life forever. I hope that by getting involved in the Riding A Dream Academy it will change other young people’s lives too.

‘If you come from my background it can be difficult to imagine yourself in racing.

‘I hope the academy will give other young people the confidence that racing is a sport that you can get involved in, where you will be supported and where you can achieve your dreams and anything you set your mind to.’