Ahoy Senor will have his sights set on the 2023 Cheltenham Gold Cup by trainer Lucinda Russell after securing his first Grade One win over fences with a five-length success in Betway Mildmay Novices’ Chase at Aintree yesterday.

The Derek Fox-ridden 4-1 shot had been beaten by L’Homme Presse in the Brown Advisory Novices’ Chase at the Cheltenham Festival but that rival was back in third, while fourth-placed Bravemansgame lost his unbeaten chasing record.

After Ahoy Senor had produced the most accomplished jumping display of his career, Russell said: ‘The Gold Cup is the dream again, isn’t it!’ 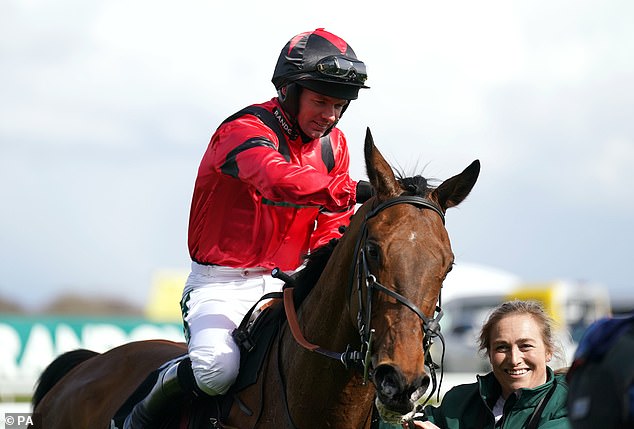 Ahoy Senor, ridden by Derek Fox, won his first Grade One race over fences at Aintree on Friday

Peter Bowen reckons Mac Tottie could be a Grand National horse next year after the nine-year-old delivered a record-equalling fifth win for the Welsh trainer in the Topham Handicap Chase in the hands of his jockey son Sean.

Nicky Henderson-trained Jonbon could not live with stablemate Constitution Hill in the Supreme Novices’ Hurdle but he ended his novices’ hurdle career as a Grade One winner in the Betway Top Novices’ Hurdle.

He will be sent novice chasing next season.

Bryony Frost will not ride this weekend after her heavy fall on Thursday. Scans showed no fractures but she will have further assessment for soft tissue damage. 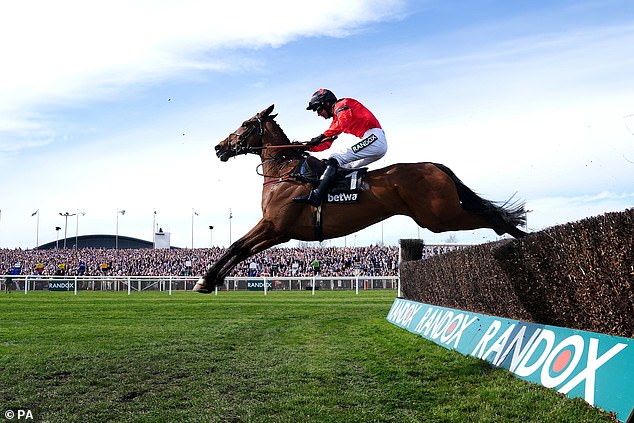