Aidan O’Brien and Ryan Moore are aiming for a champagne moment in Paris on Sunday when Snowfall lines up in the Prix de l’Arc de Triomphe — but they can enjoy a tasty aperitif with Mother Earth at Newmarket 24 hours earlier.

Mother Earth, who returns to the scene of her 1,000 Guineas victory in May, is one of 13 declarations for the Group One Kingdom of Bahrain Sun Chariot Stakes and her consistency makes her the one to beat.

In 14 races Mother Earth has finished outside the first three only once. This season she has run in six Group One races, winning two, finishing second in two and third in two. 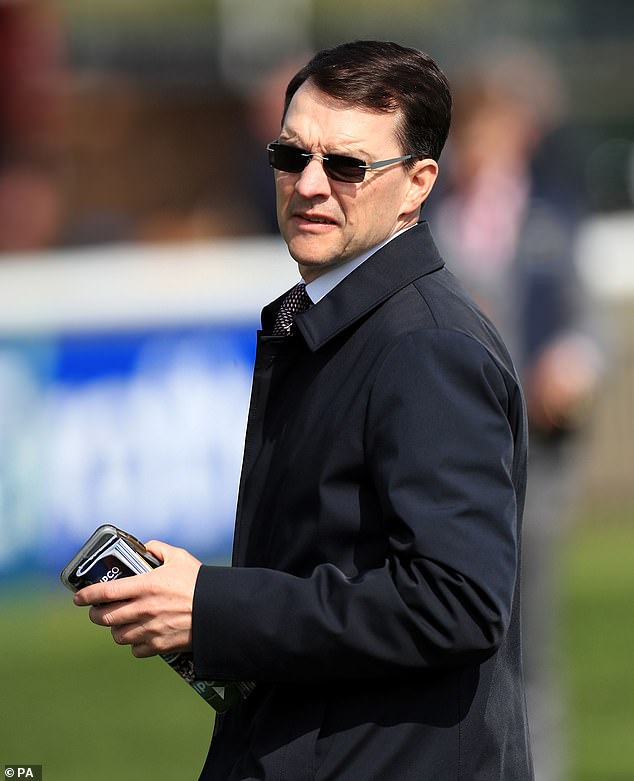 Aidan O’Brien’s Mother Earth returns to the scene of her 1,000 Guineas victory in May

Mother Earth has the typical toughness of a filly trained by O’Brien and is versatile ground-wise — her wins this year were on good to firm and soft ground.

Rain is predicted at Newmarket some time on Saturday afternoon. With the Sun Chariot Stakes off at 2.55pm, it could just escape the worst of the weather.

Last time out, Mother Earth was unlucky in the Matron Stakes at Leopardstown when a length-and- a-half third to one of her Sun Chariot rivals No Speak Alexander after her path was blocked in the last 100 yards. A clearer run should see her avenge that defeat.

Six of the Sun Chariot field lined up in the Matron, including Johnny Murtagh’s Champs Elysees, who finished sixth after not having the clearest of runs, either.

The one who could run well at a big price is Epona Plays, who won a Group Two race at the Curragh in May on soft ground. The Willie McCreery-trained filly was fifth in the Matron, running on well from a long way back.

That was her first run since June. She looks to have been saved for an autumn campaign and it’s a case of the more rain the better for Epona Plays, whose odds of 25-1 look too big.

If you could ignore Primo Bacio’s two most recent runs she would have a chance, while Fev Rover, the 1,000 Guineas third, was back to form last time but she would want the race to be run before the rain arrives.

Francesca Cumani is an ambassador for Qatar Racing, a subsidiary of QIPCO which celebrates its 10th anniversary of sponsoring the QIPCO British Champion Series this year — qatarracingltd.com