Serpentine created a huge shock as he made all for a 25-1 success in the Investec Derby.

Aidan O’Brien saddled six in the premier Classic – but it was Emmet McNamara’s mount who prevailed, having only shed his maiden tag at the Curragh last Saturday.

Serpentine appeared to be employed to help set the pace at the head of affairs, but the field allowed him to build up a huge lead and he was still well clear at Tattenham Corner, with Khalifa Sat and fellow O’Brien runner Amhran Na Bhfiann sitting in second and third. 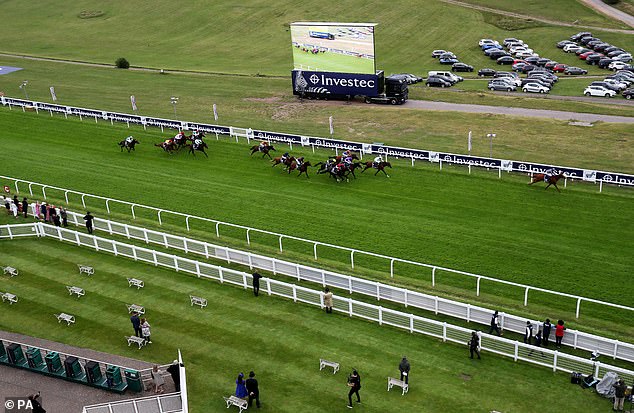 The main players were all trying to make their move in behind, but the winner had flown, coming home five and a half lengths clear, to give O’Brien a record eighth win in the race.

O’Brien had already tasted success earlier in the day as Love added another Classic to her CV as she galloped all over her rivals in the Investec Oaks at Epsom. 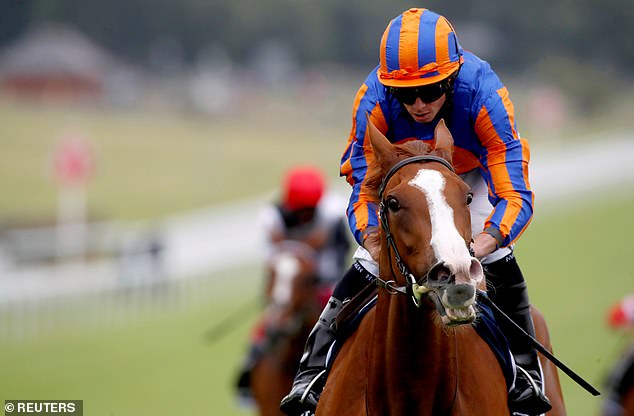 The trainer said: ‘We’re in a very privileged position to train such horses. The lads (Coolmore) put in so much day in, day out with the families and the bloodlines.

‘This filly is very special – it’s very hard that you could ever have a better filly. You saw what she did in the Guineas – winning by three or four lengths – and she doubled it today.

‘It’s only her second run of the year and it’s amazing really.’