Altior needs confidence to return, admits trainer Nicky Henderson after the dual Champion Chase winner was brushed aside by Nube Negra at Kempton

Nicky Henderson admitted the mental scars of Altior’s bruising battle with Cyrname last season might still be a factor after the dual Champion Chase winner was brushed aside by Nube Negra in the Ladbrokes Desert Orchid Chase at Kempton.

Three-and-a-half lengths separated the even-money favourite from the 20-1 Dan Skelton-trained winner after a laboured performance in which Altior’s jockey Nico De Boinville displayed signs he was not happy from an early stage.

Coral pushed Altior’s Champion Chase odds out to 10-1 while cutting Chacun Pour Soi to 5-4 as the Willie Mullins-trained gelding strode authoritatively to a six-and-a-half length win from Notebook in the Grade One Paddy’s Reward Club Chase at Leopardstown.

Altior missed the Tingle Creek Chase at Sandown recently and was running for the first time since winning the Game Spirit Chase at Newbury in February.

Henderson, who had earlier seen Shishkin stroll away with the Wayward Lad Novices’ Chase, said: ‘The soft ground does not help but I am the first to admit that is not the old Altior. He was tired and it was hard work. He was going better at the end but always seemed to be in top gear. Jumping wise, he was not as electric as he is at home.

‘We will check him out. The race against Cyrname didn’t do him any good. Sometimes if you get to that point it can frighten a horse. Whether that has left a scar on him, it is all about getting his confidence back.’

Altior’s next run is likely to be in the Game Spirit Chase but Henderson conceded that soft ground at the Cheltenham Festival might mean Altior skips the fixture to be saved for potentially quicker ground at other spring festivals. 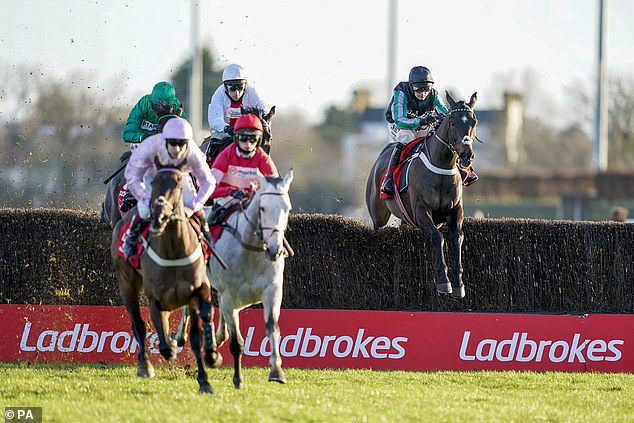