Appreciate It delivered a sixth victory for Willie Mullins in the Grade One Paddy Power Future Champions Novices’ Hurdle at Leopardstown.

The Coral Welsh Grand National meeting will take place at Chepstow on Saturday, January 9 after it was abandoned yesterday because of waterlogging. Monday’s meetings at Fontwell and Leicester have also been abandoned. 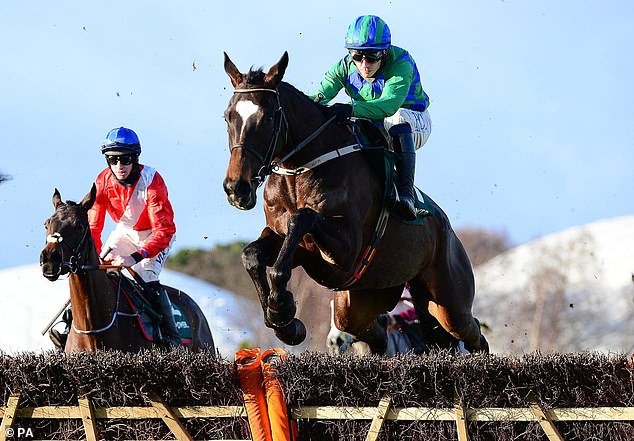 On his second hurdle start, Appreciate It (right) beat Irascible by a total of nine lengths

Jump jockey Dave Crosse, 38, finished ninth in the final race of his career at Kempton on Sunday. His biggest win came as an amateur on Nicky Henderson-trained The Bushkeeper in the Fulke Walwyn Kim Muir Challenge Cup at the 2002 Cheltenham Festival.

Trainer Evan Williams will try to win his second Grade One race of the festive period when Star Gate lines up in the Challow Hurdle at Newbury on Tuesday. Williams won the Christmas Hurdle at Kempton on Boxing Day with Silver Streak.