There is no racing at present but there is still plenty to discuss and Sportsmail columnist Peter Scudamore is on hand to answer some important questions.

The eight-time champion Jump jockey looks back at his career in the saddle as he answers your questions.

From ready meals and racing regrets to how he got Brian Lara out, here’s what Scudamore had to say…

Is there a race you should have won and still think about?

Most jockeys will have at least one and probably a lot more! I was unseated on Charter Party — who went on to win the 1988 Cheltenham Gold Cup — when 10 lengths clear in a valuable novice hurdle at Newcastle. His owner, Raymond Mould, was relatively new to the sport and had hired a helicopter to fly him, me and trainer David Nicholson north from Gloucestershire. It was a very long, silent journey home.

What is your favourite racecourse and why?

Since I moved to Scotland, Perth has become very special to me. It’s a great atmosphere and a fun track. I was such a miserable git as a jockey that I even rode there on the day my sister Nichola got married the first time. I rode a winner but I’m not sure she’s forgiven me. There was a little bit of divine justice. I had a flat tyre on the way back and stood at the side of the motorway for an hour.

There is a long list of jockeys who started over jumps and subsequently built successful careers on the Flat, including Derby winner Ray Cochrane.

Three-time champion Richard Hughes rode in Jump races and more recently PJ McDonald and Jim Crowley, another champion on the Flat. So the answer is yes. I always think the skill level is higher in Flat jockeys, but the horsemanship is better in Jump jockeys.

Are women jockeys better suited to Flat or Jump racing?

I never thought I would see professional women jockeys become so prevalent in Jump racing. I thought the sport was too physically demanding because of all the falls and injuries but Rachael Blackmore, Bryony Frost, Lucy Alexander, Bridget Andrews, Lizzie Kelly, Paige Fuller and so many others have proved me wrong.

I’ve been Flat racing in Scandinavia and 75 per cent of the jockeys are female, with fewer men small enough to ride at light weights. That’s a trend we are already seeing here and I expect the female Flat jockey band to increase and flourish. 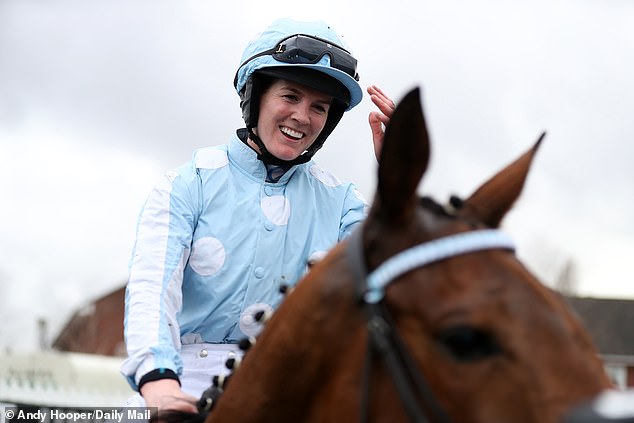 Should Cheltenham have gone ahead?

It’s easy to be critical with hindsight. Cheltenham officials followed Government directives and the criticism has almost totally been based on unscientific, anecdotal evidence.

I’m not sure if we will ever know the true effect of staging it but I hope if facts are established they can be used to learn more about the situation rather than to apportion blame.

At some point, racing, sport and the economy are going to have to restart with the risk being balanced — and the more we know about balancing that risk will shape all our lives.

What was the fastest horse you rode?

It might surprise some readers but powerful chasers can be very fast at least for a furlong or two. Look at the 100m sprinters in the Olympics — a lot of them look like body builders.

Carvill’s Hill, my 1991 Welsh National winner, fell into that category and was very quick, while Granville Again, my 1993 Champion Hurdle winner, also had a few special gears. 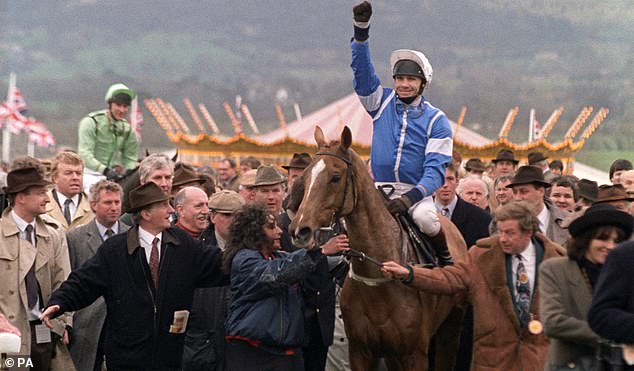 If you could ride one race again what would it be?

Looking back I made loads of mistakes. I rode 1,678 winners but people still come up to me and say I remember the day you got beat on one I backed at Lingfield! I remember getting beaten on odds-on favourite Regal Ambition at Cheltenham in 1989. The short-head winner was Remittance Man, who turned out to be one of the great chasers… but trainer Martin Pipe gave me a rollicking because I didn’t go quick enough.

Fortunately no, probably because I was born on Friday the 13th.

What’s the one race you still want to win?

The Irish Grand National. Between myself, my father Michael, sons Tom and Michael and partner Lucinda, we’ve won all the big races in Britain. 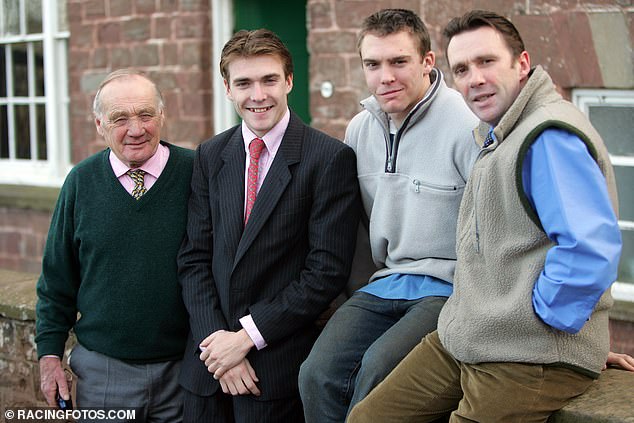 Which horse do you wish you’d ridden?

I was asked to ride Desert Orchid, but I’d just started riding for Martin Pipe and it was far more important I maintained that relationship. But Dessie is the one. He was a superstar. I rode against him a lot and still think of him, Arkle and Red Rum as the three biggest stars of Jump racing.

What was the most intimidating horse you raced against?

Definitely Dawn Run, who beat me when I rode Cima in the 1984 Champion Hurdle. She lent on me all the way on the run-in and was not going to get beaten.

She had such a feisty presence. I would not have wanted to marry her. You wouldn’t have wanted a back-hander off her!

What would you have done if you hadn’t become a jockey?

I am so stupid I could not have done anything else. Trainer Willie Stephenson told me I would never make a jockey and got me a job in an estate agents, but I never sold a house and my duties were restricted to putting up For Sale signs and making coffee.

You used to play cricket. What’s your champagne moment?

Playing for the Bunburys, I caught Brian Lara! The bowler was John Altman, a wonderful musician who has played with some of the greats.

I was on the boundary and the ball was travelling like a missile as it came to me low and fast but I clung on. The momentum of the ball was such that I was knocked backwards. I ended up sitting on the fence outside the boundary, but fortunately for us, Brian kindly walked! 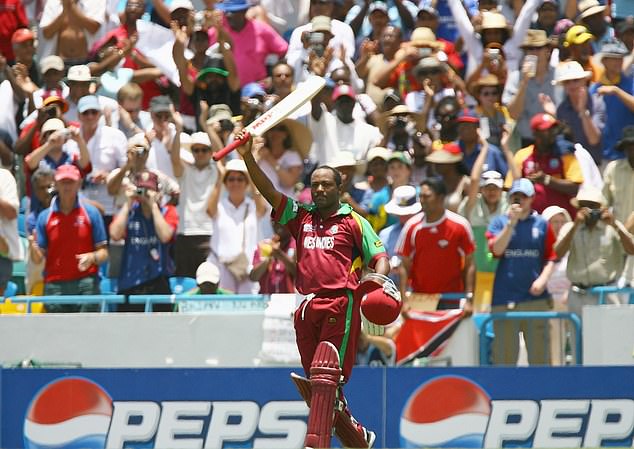 Out of necessity. I’d starve if we relied on Lucinda. Eggs are my speciality and I do a mean omelette. I am also very skilled at reheating ready meals from the closest motorway services.

Which football team do you support?

Coming from Herefordshire, I’ve always had a soft spot for Hereford United, but my main team are Liverpool — I love what Jurgen Klopp has done.

Bill Shankly has always been a sporting hero of mine. Emlyn Hughes used to tell me stories about him and his motivational skills when I rode horses he owned that were trained by Martin Pipe.

Other Liverpool players who had horses with us when I worked with Nigel Twiston-Davies were Jan Molby and Ian Rush. 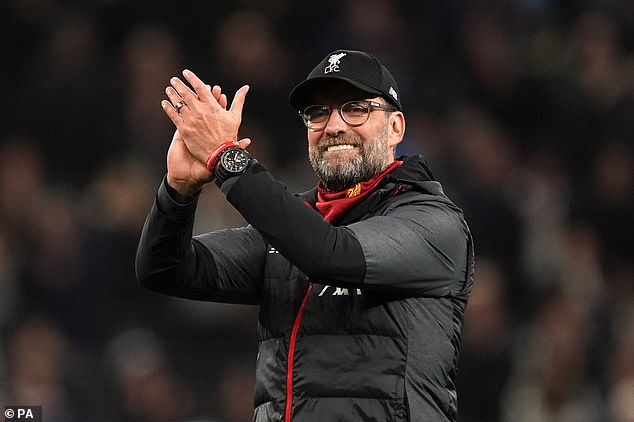 Horses have brains and intelligence. They learn by repetition — things like how to relax and jump. They can make a mistake at a fence and remember it next time they face the obstacle.

How different is your son Tom’s life as a jockey?

Diet, training, psychological approach — there have been so many advances and that’s great. But I don’t envy their lifestyle.

We worked six days a week with two months off in the summer. Now it’s seven days a week and Jump racing is 12 months.

Which trainer can end the domination of Paul Nicholls and Nicky Henderson?

Dan Skelton. He’s building the right owner base, has magnificent facilities, the drive and resolve to take him to the top. 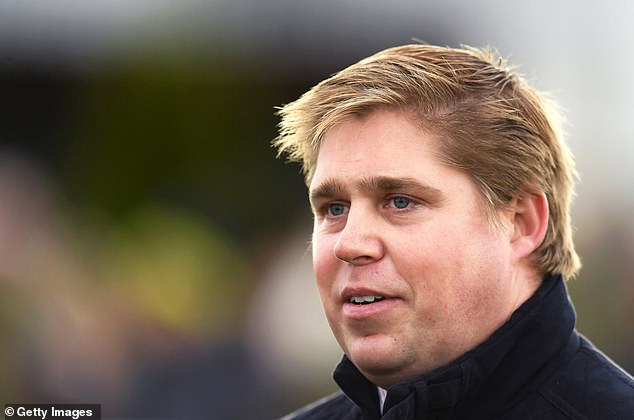 Are you worried what damage the virus is doing to racing?

There have to be racecourses worried about their futures and some of the smaller tracks might end up being bought by the larger racecourse groups in order to survive.

It’s also a very precarious time for trainers with lots of owners, the economic investors in our sport, suffering serious financial damage. It’s hard to believe there won’t be casualties.

Peter Scudamore is a racing expert for Freebets.com