Trainer Andrew Balding says the decision to test Alcohol Free’s stamina reserves in the Group One Juddmonte International Stakes at York’s Ebor meeting on Wednesday is a ‘shot to nothing’.

Balding also revealed the filly, who carries the colours of owner Jeff Smith, is likely to stay in training next season.

Alcohol Free, winner of the Coronation Stakes at Royal Ascot and the Sussex Stakes at Glorious Goodwood, has never raced further than a mile and the International is a mile and a quarter. 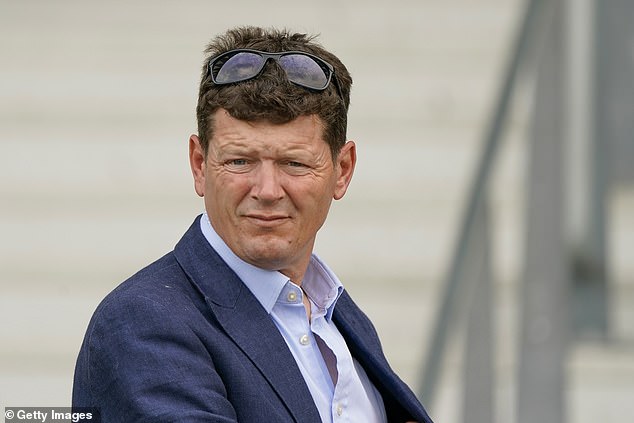 She is up against the likes of Aidan O’Brien’s French Derby and Eclipse Stakes winner St Mark’s Basilica and Balding said: ‘The likelihood is that if Alcohol Free is still enjoying racing she will stay in training next year. We will learn from this race what her campaign may be next season.

‘It could open up a whole lot more options but the International is on the limit of her stamina expectations. It’s a shot to nothing and if she doesn’t stay she doesn’t stay.’

Smith said: ‘She was going away at the end of the Sussex Stakes and she had to make up a lot of ground in the final furlong. She picks up like a champion and if she doesn’t stay, so what? No harm will come to her.’ 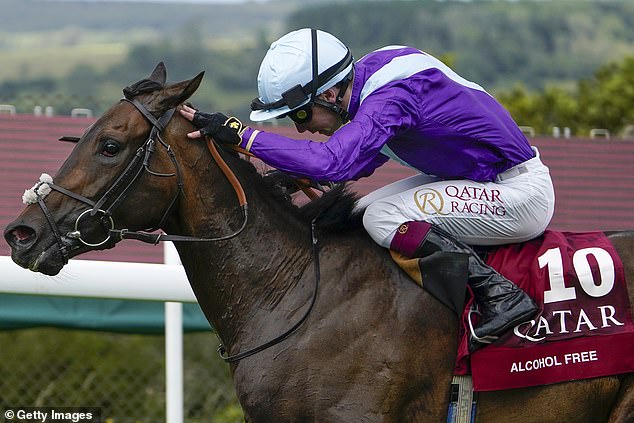 Balding, who has already won over £3million in prizemoney in what is shaping up to be his best season, leads the Trainers’ Championship by more than £300,000 from Charlie Appleby. That advantage was extended when Balding won the Listed Denford Stakes at Newbury yesterday with William Buick- ridden Masekela, who edged out Bayside Boy by a neck.

The £4.7m prizemoney on offer at York’s four-day Ebor meeting could mean the championship table looks very different by next Saturday but Balding will send a strong squad to York.

In addition to Alcohol Free, Balding plans to run unbeaten Sandrine in the Lowther Stakes, Spanish Mission in the Lonsdale Cup, Alounak and Tribal Craft in the Sky Bet Ebor Handicap and, possibly, Berkshire Shadow in the Gimcrack Stakes. Meanwhile, Richard Hannon-trained Mojo Star, the Derby second, easily broke his duck in the opening maiden at Newbury and now heads to next month’s St Leger as a 12-1 shot.

The feature Group Two BetVictor Hungerford Stakes was won by William Haggas-trained Sacred, who sliced through the field to beat Lanequash by a length under Tom Marquand on her first run since finishing unplaced in the 1,000 Guineas at Newmarket in May.

Owen Burrows-trained Hukum is likely to target international races potentially including the Breeders’ Cup in the US after he won the Geoffrey Freer Stakes for the second year running.