Honeysuckle extended her unbeaten record to 16 races as she landed Friday’s Punchestown Champion Hurdle by three lengths in the hands of Rachael Blackmore.

The 1-5 favourite lost momentum at the final hurdle but still pulled three lengths clear of Echoes In Rain. 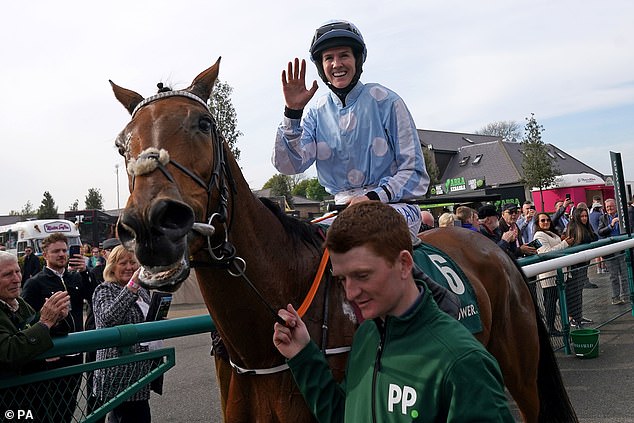 The eight-year-old mare will be back in the autumn when a showdown with Nicky Henderson’s scintillating Supreme Novices’ Hurdle winner Constitution Hill will be highly anticipated.

Blackmore said: ‘She is incredibly talented. She always does what she has to do. She takes it to a whole new level and blows good horses out of the water.’

On his final ride before retirement, Cheltenham Gold Cup and Grand National winner Robbie Power finished last of the six runners on Teahupoo.