Racing has produced a provisional list of big races it hopes to stage over the last two weekends of May in the hope that the sport has been given the go-ahead by the Government to return behind closed doors.

The races include a number of Classic trials with racing officials still hoping that the 1,000 and 2,000 Guineas, which should have been run at Newmarket this weekend, will be run over the first weekend in June.

Races pencilled in for the weekend of May 23/24 include the Nell Gwyn Stakes, Fred Darling Stakes, Craven Stakes and Greenham Stakes.

Races over the weekend of May 30-31 include the Dante and Musidora Stakes, traditional trials for the Derby and Oaks which are now pencilled in for July.

Other races on the final weekend of May would include the one-mile Group One Lockinge Stakes which was scheduled to be run on May 16 at Newbury.

It is stressed that these races may not be able to be staged at their traditional venues.

Royal Ascot behind closed doors is still scheduled to take place in its existing slot, commencing on June 16. 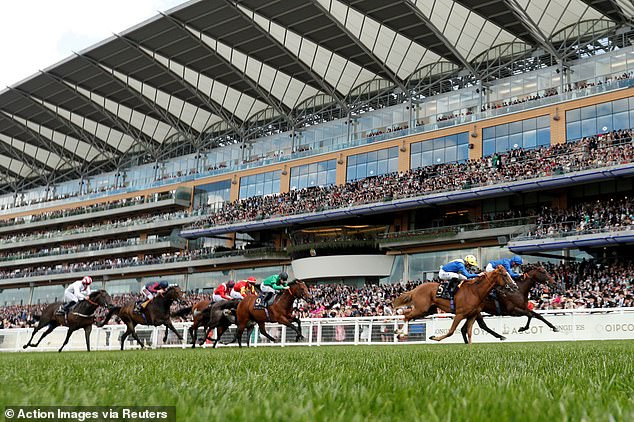 A statement from the Flat Race Pattern Committee said that it was likely that races would be restricted to British-trained horses at least until May 30.

The statement added: ‘Under our best-case scenario planning, and subject to advice from public health authorities, the aim is to rescue a number of lost Pattern and Listed events from the early part of the spring and stage them during the second half of May and early June if possible.’

The announcement came on the day BHA Chief Medical Officer Dr Jerry Hill was among medical experts from other major sports to meet Culture Secretary Oliver Dowden and officials from the Department of Culture, Media & Sport.

Racing received a minor boost when it was announced Levy Board income for the year ending March 31 would be slightly above projections at £97million.

The Levy Board will have to plug some of financial gaps brought on by the coronavirus pandemic.