Champion jockey Oisin Murphy on racing behind closed doors, why this is a key time for the sport… and celebrating his first ever British Classic success by sleeping until 4am!

By Kate Mcgreavy For Mailonline

It has only been a week since racing made its return but what a week it has been for champion jockey Oisin Murphy.

The 24-year-old has racked up 10 winners, including his first ever British Classic victory.

Murphy was victorious aboard the Andrew Balding-trained Kameko in the Qipco 2,000 Guineas at Newmarket on Saturday afternoon.

‘It’s obviously very strange being behind closed doors and no crowd,’ Murphy, who is an ambassador for Qipco British Champions Series, told Sportsmail.

‘The Qipco Guineas weekend would normally attract a fairly large attendance and there would be plenty of noise and a good atmosphere. Take nothing away there were high quality horses on show and it was fantastic to get a couple of winners and obviously the Qipco 2,000 Guineas.

‘It’s the stuff of dreams. I started my career with Andrew and I rode for Qatar Racing [Owner] in my first season so to be involved with them ever since and to ride such an important winner is huge, I’m really thrilled for everyone involved.’

However with another jam-packed schedule for the second day of the rearranged Guineas meeting on Sunday, celebrations were kept to a minimum.

‘Unfortunately it was very, very dull and boring, but I had a great chance in the Qipco 1,000 Guineas yesterday on Millisle, I had 10 rides on the day so I needed to try and get my head down,’ he added.

‘I actually slept pretty well, I slept until about 4 o’clock in the morning on Sunday so I got five and a half hours sleep at least so that was pretty good when you take into account the adrenaline that was running through my veins.’ 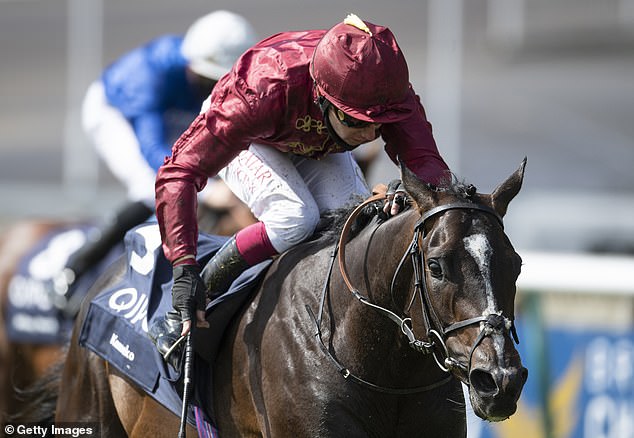 A huge audience of 1.453 million witnessed Murphy’s win on Kameko on ITV and Murphy has acknowledged that it is a key time for the industry.

‘I heard there were record-breaking views on ITV so that’s brilliant to hear – I didn’t really take into account the audience would be so much greater, but I’m thrilled people are tuning in,’ he said.

‘I hope they’re enjoying the spectacle – horses are wonderful creatures. I certainly am addicted to the sport – equestrianism as a whole.

‘This is an opportunity for us to reach out to a larger audience and I’d like to make the most of it.’ 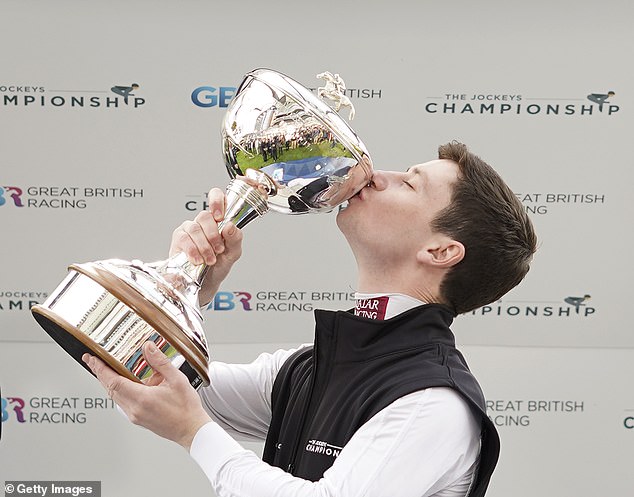 Horse racing was one of the first sports to restart behind closed doors last Monday with stringent measures in place amid the coronavirus pandemic.

‘Look it’s very, very strict the things we have to adhere to at the races but everyone’s happy to do their best to follow them. It’s pretty clear, the rules are easy to adhere to so I’m happy that racing can go ahead in a safe way,’ Murphy said of the protocols.

Following Kameko’s impressive victory on the Rowley Mile, the three-year-old is 4-1 favourite for the Investec Derby, now taking place on July 4. But the Irishman is keeping his feet firmly on the ground. 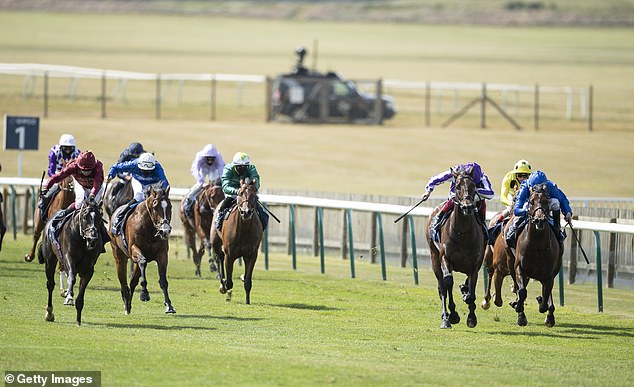 Following Kameko’s impressive victory, the three-year-old is favourite for Derby next month

‘I just take every day as it comes and try and ride as many winners as I can, I think that’s the most important thing. You can’t look too far ahead – in horse racing things change very quickly,’ he said.

‘I just want to keep the people I’m riding for happy and if I can do that then I ride a lot of winners and that’ll make me very happy.’

It has only been a week since the resumption of racing but for Murphy it appears to be business as usual. 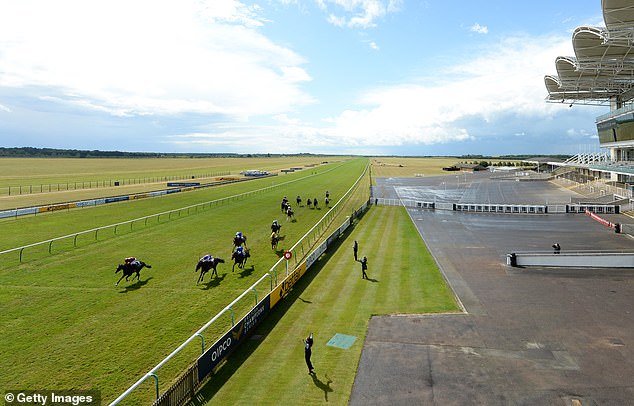