Knock knock, hoofs there? Gold Cup legend Coneygree trots down quiet cul-de-sac to deliver Cheltenham Festival hamper to one lucky racing fan ahead of quieter Festival than usual with no crowds allowed in

By David Kent for MailOnline

Forget Deliveroo, it was Deliver-hoof for one former Cheltenham Gold Cup winner this week.

2015 champ Coneygree trotted down a quiet Gloucester cul-de-sac to make one racing fan’s day ahead of next week’s eagerly-anticipated Festival.

Coneygree was recruited by CheltenhamGuides.com to deliver competition winner Dan Ashton a luxury Cheltenham-from-home hamper to make up for not being able to attend this year. 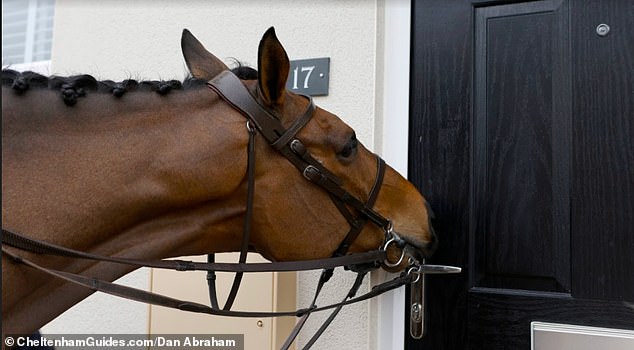 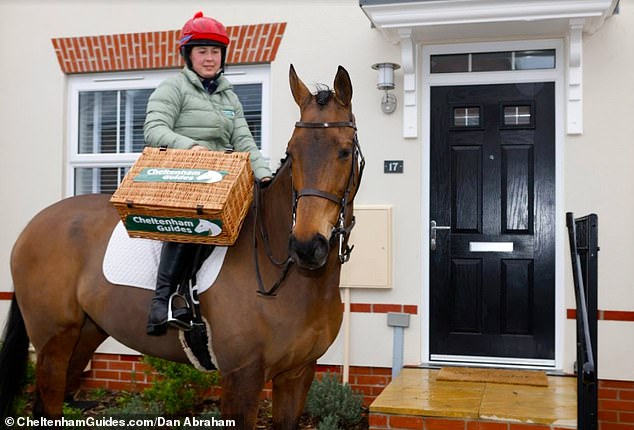 Coneygree was recruited by CheltenhamGuides.com to deliver a special Festival hamper

As well as enough food and drink to sustain Dan for all four days of the Festival, the hamper contained a turf-scented candle, a patch of the hallowed Cheltenham turf, a signed Coneygree picture and two tickets for next year’s Gold Cup.

The Mark Bradstock-trained thoroughbred won the biggest prize in jumps racing six years ago, becoming the first novice chaser to win the prestigious race in over 40 years.

Usually, 250,000 would be in attendance at Cheltenham but Covid restrictions mean racing fans will have to make do watching the action on TV.

Games designer Ashton said as Coneygree grazed in his back garden: ‘It was such a surreal experience seeing Coneygree walk up my road. I couldn’t really believe what I was seeing when he came right up to my front door. 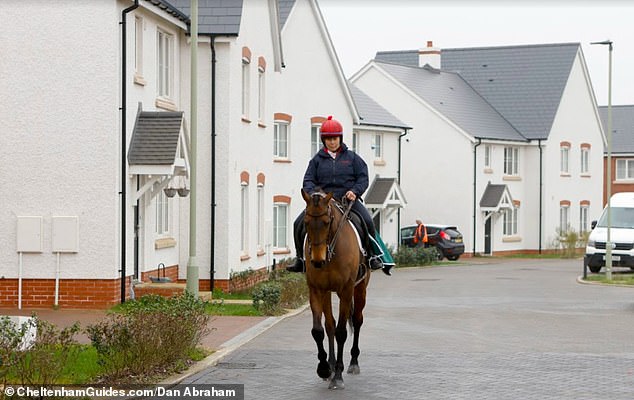 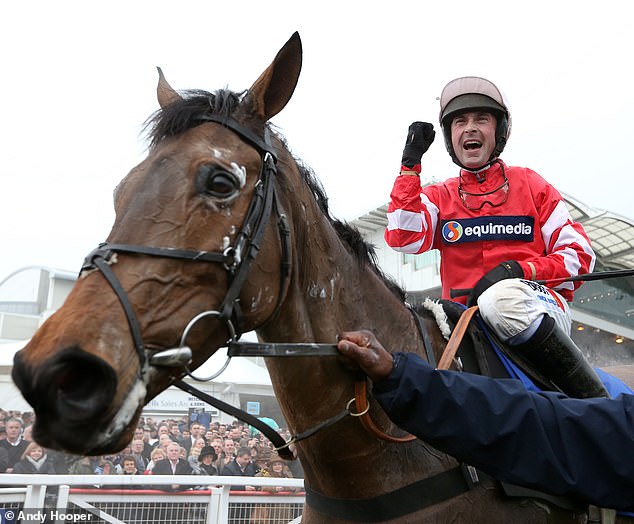 ‘As a huge racing fan, the year you have to watch Cheltenham from home you can’t ask for any more than a Gold Cup winner paying you a visit.

‘To see a Gold Cup winner be on my doorstep was such an unbelievable experience. Coneygree was great to be around, he was so playful, really sweet and a lot of fun.

‘Sadly I’m not going to be able to make my annual pilgrimage to Cheltenham this year but I will be watching from home and looking forward to going again next year.’

Sara Bradstock, co-trainer of Coneygree, said: ‘Coneygree just loves attention and people admiring him. He enjoyed a career of feeling like a champion so it’s important that we always make him feel special. 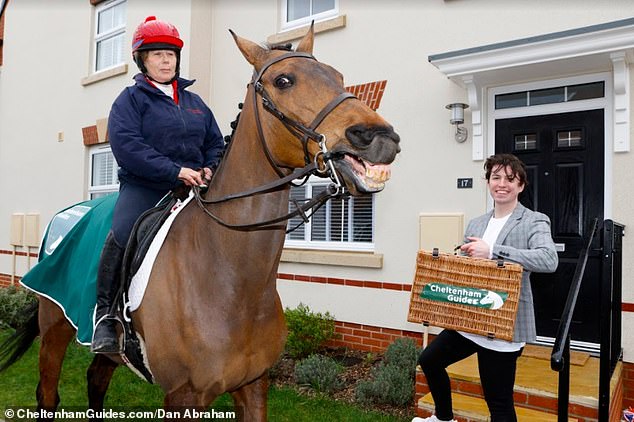 ‘He’s a great character and would hate to be stood in a field – he likes to make sure he has a lot of attention and that everybody knows him and he definitely got a kick out of it.

‘Coneygree is not just an incredible racehorse who gave us this wonderful day and wonderful year, he’s also our best friend.

‘He loved bringing a smile to Dan’s face and being the centre of attention on the street.

‘It just goes to show how happy these wonderful animals make people and we were delighted to be able to cheer up a racegoer who is missing out on their big day this year.’