The prestigious Cheltenham Festival gets underway THIS WEEK as Al Boum Photo and Paul Townsend go for a third consecutive Gold Cup victory: Race schedule, odds, TV and radio details – EVERYTHING you need to know

By Matt Davies For Mailonline

One of the biggest dates in the racing calendar is almost upon us, with the prestigious Cheltenham Festival taking place this week.

The event, which was attended by over 250,000 spectators this time last year, will for the first time ever be held behind closed doors due to the prevalent coronavirus restrictions.

However, the coverage this year is also set to be like no other, and Sportsmail takes you through the all-important information below. Whether it’s TV, radio or online you prefer, we’ve got you covered. 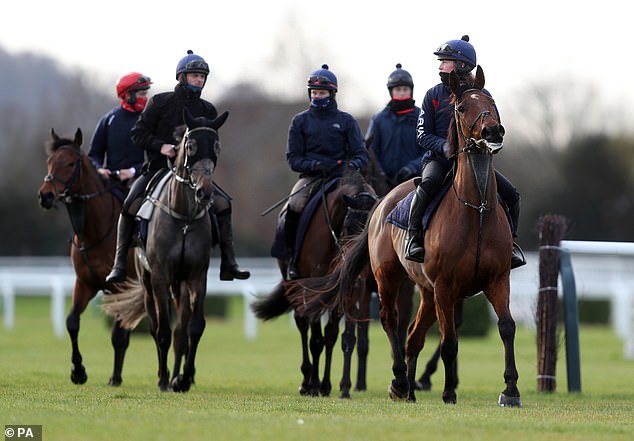 When is Cheltenham Festival 2021?

The Cheltenham Festival gets underway on Tuesday, March 16 and will run until Friday, March 19.

This year’s festival will kick-off with the Supreme Novices’ Hurdles, which begins at 1.20pm.

The first feature race of the festival will be Tuesday’s Champion Hurdle, which gets underway at 3.05pm. 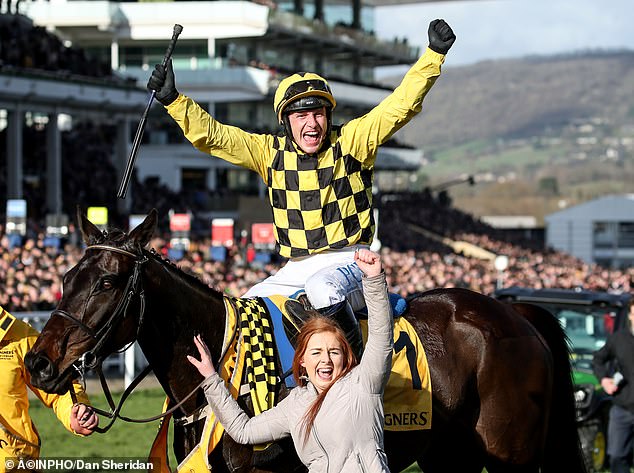 How to watch Cheltenham Festival 2021

As stated, with fans prohibited from spectating the action in person, the Cheltenham Festival will for the first time ever be held behind closed doors.

A silver lining, however, is that there will be more races broadcast live than ever before.

Both ITV and Racing TV hold the rights to broadcast the action this year, of course with the former being completely free to watch.

ITV 1, whose coverage begins at 1pm and ends at 4.30pm, will broadcast six of seven races each day, with just a reduced 35-minute interval between each one.

You can watch the action live on television, or by streaming it on their ITV Hub.

ITV also have ‘The Opening Show’ coming your way every morning to preview the day’s upcoming events.

Racing TV – which is on channel 426 on Sky and 536 on Virgin Media – will be showing every race live, including the seventh and final one of the day.

However, some form of payment will be required, with day and month passes available at £10 and £25 respectively.

Racing TV will also be streaming the races online, with no additional cost to existing subscribers.

How to listen to Cheltenham Festival 2021

Of course, coverage of the Cheltenham Festival will also be accessible via the radio.

talkSPORT will be covering four races a day live – including the feature event – on the Hawksbee and Jacobs show, with Rupert Bell and Lizzie Kelly on commentary duty.

They will be also covering both the Champion Hurdle and The Gold Cup.

Elsewhere, BBC Radio 5 Live Sports Extra will provide live commentary of all 28 races on each of the four days of action.

Their coverage will start 1.15pm and end at 5pm each day, with former jockeys Katie Walsh and Andrew Thornton part of their production, while Mark Chapman will present on the final day.