Chantry House took the Marsh Novices’ Chase after Envoi Allen’s untimely and unexpected early exit in the opening race on the third day of the Cheltenham Festival.

All eyes had been on Envoi Allen and there was a real sense of anti-climax when the 4-9 favourite came down at the fourth fence, leaving his jockey Jack Kennedy disconsolate.

It was trainer Nicky Henderson who was the beneficiary, saddling the 9-1 winner Chantry House, ridden by Nico de Boinville, as well as the runner-up Fusil Raffles for good measure. 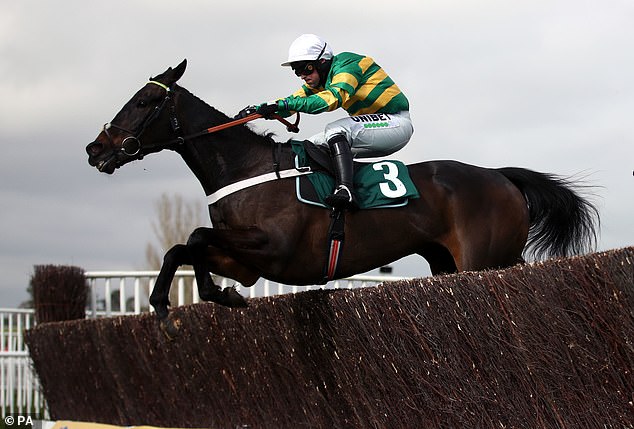 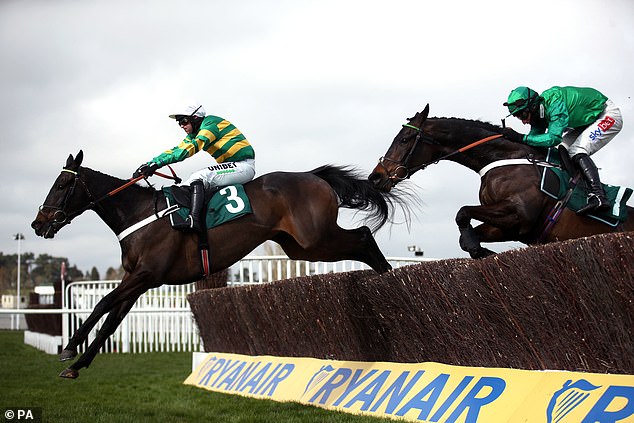 The latter was up front from the start along with Shan Blue, who was given the office by Harry Skelton to stretch the field a long way out.

That injection of pace caught the opposition off guard, but they still were able to reel in Dan Skelton’s charge after three out where the Henderson pair were in prime position.

Chantry House proved the stronger up the hill to prevail by three lengths from Fusil Raffles and give Henderson a 70th winner at the Festival.

Asterion Forlonge was another two lengths back in third, with Chatham Street Lad fourth. 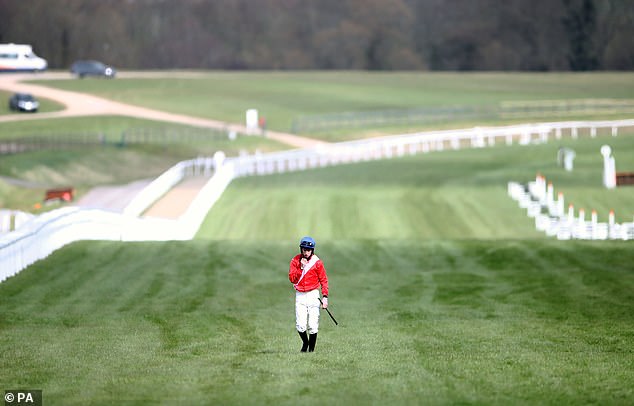 Henderson said: ‘He was very good. To be fair, when Dan’s horse quickened up down the back, it was a bit like last year. When he ran in the Supreme behind Shishkin he looked to need another half mile and it looked the same again.

‘You’d have to think he’ll be going over three miles sooner rather than later.

‘At Wetherby last time out he was good, but he needed surgery on his back after he ran here the time before. He did well to get back in time to run at Wetherby, in truth.

‘He’s a lovely horse and I’d hoped he would at least give Envoi Allen a bit of a race, but you’ve got to take it when you are given a chance like that.

‘I don’t know why we wouldn’t go over three miles at Aintree or Punchestown, it just depends how quick he recovers.’ 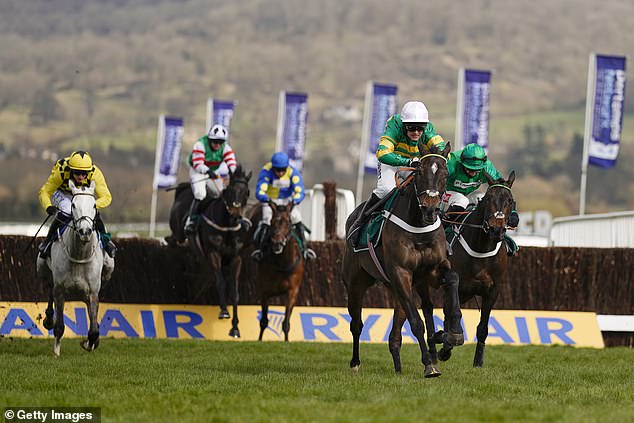 He added: ‘It’s a pity he (Envoi Allen) fell from a lot of points of view, but on the other hand it was nice to take the opportunity. He’s looked flawless all year so it was a surprise to see him do that.

‘We looked in top gear for a lot of the race there, so it certainly looked like going further would help him.

‘We’ve had a couple of disappointments this week, it’s nice to get JP (McManus, owner) on the board for the week, too.’

Henry de Bromhead, trainer of Envoi Allen, said: ‘Jack just said he was a little bit keen. He just launched at the fence, unfortunately, and that was it.

‘I’ve had a look at him though and he looked fine, and Jack’s fine too, so that’s good.’