The possibility of a five day Cheltenham Festival being instigated from 2023 is back on the agenda.

A new format could see the meeting being extended by a day to run from Tuesday to Saturday but with the feature Cheltenham Gold Cup remaining on the Friday.

There are currently 28 races at the Cheltenham Festival – seven a day. Only two more would be needed to have a five-day meeting with six races per day. 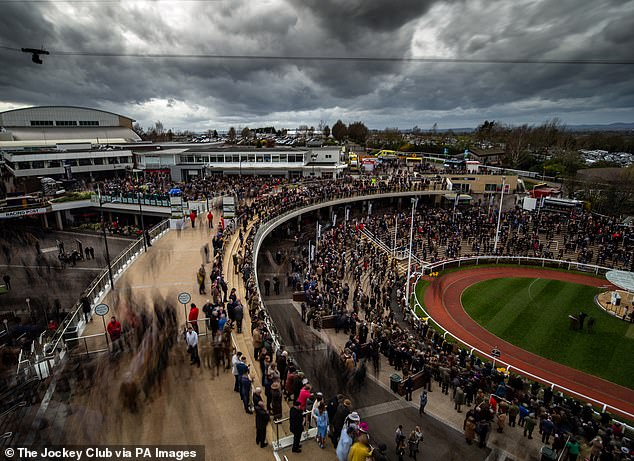 That would allaying some fears about the quality of the meeting being diluted. The financial argument for Jockey Club Racecourses to extend the meeting is more compelling after the significant losses as a result of Covid-19.

A Jockey Club spokesman, who ruled out any change in 2022, said: ‘The last time this was discussed in earnest in public some key stakeholders in our sport expressed their desire for a fifth day.

‘We always explore every option to improve the Festival and British racing but we have made no decision to extend the length.’