Trainer Nicky Henderson has described Altior’s 11th-hour withdrawal from the Cheltenham Festival for the second year running as ‘desperate news’.

The 11-year-old’s hopes of winning a third Betway Queen Mother Champion Chase on Wednesday were dashed when he was found to be suffering from a respiratory infection after coughing following exercise on Monday.

Altior was forced to miss last year’s Queen Mother Champion Chase with a bone-splint issue which emerged the weekend before the race. 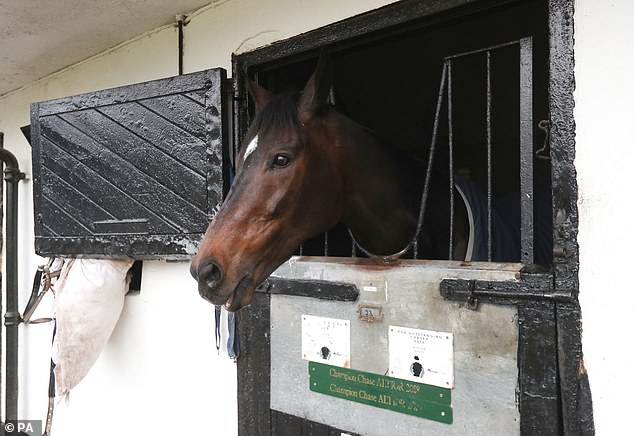 The mount of Nico de Boinville had been 13-2 second favourite for the race.

In his absence, Willie Mullins-trained Chacun Pour Soi is 10-11 favourite.

Henderson said: ‘You wouldn’t believe it could happen two years running. His work and everything last week was fantastic.

‘It appears we are dealing with bacterial infection rather than a viral infection. It’s cruel on everybody. We might get him back for something this season yet.’ 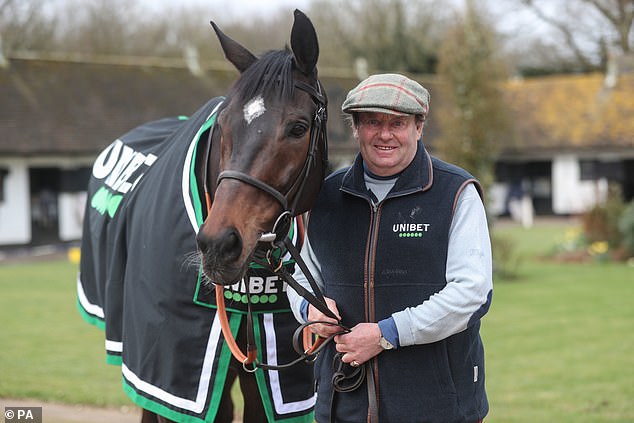 Also out of the Festival is the Jonjo O’Neill-trained Annie Mc, who was due to run in the inaugural Mares’ Chase on Friday.

The withdrawals do nothing to dispel the feeling that the Irish could better their record haul of 19 wins from the 28 races in 2017.

Ladbrokes make it a 6-4 chance they will have 17 or more winners.

Spokesman Jon Lees said: ‘Led by Willie Mullins, we expect Ireland to have another barrowload of winners. They have the favourite in 24 of the 28 races and it’s not out of the question they could record more than 19 wins.’