By Peter Scudamore for the Daily Mail

Is there a Festival contender in Ascot’s Reynoldstown Novices’ Chase?

Realistically, none of the six runners have much hope of laying a glove on Willie Mullins-trained favourite Monkfish in the three-mile novice chase. There would be plenty who’d fancy him for the Gold Cup if he lined up for that race. But both Demachine and Remastered also hold entries for the 3m 6f National Hunt Chase. A good performance here would make that race a realistic target. 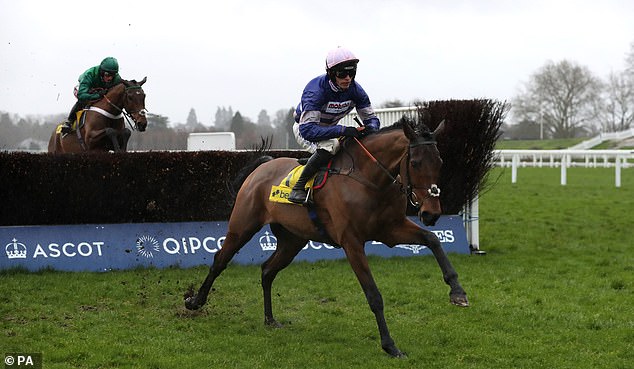 Do you still have confidence in Cyrname?

Cyrname took a crashing fall at the last fence in the Ascot Chase last year. This season he looked good when winning the Charlie Hall Chase at Wetherby and was then pulled up in the King George amid theories he didn’t enjoy being crowded. 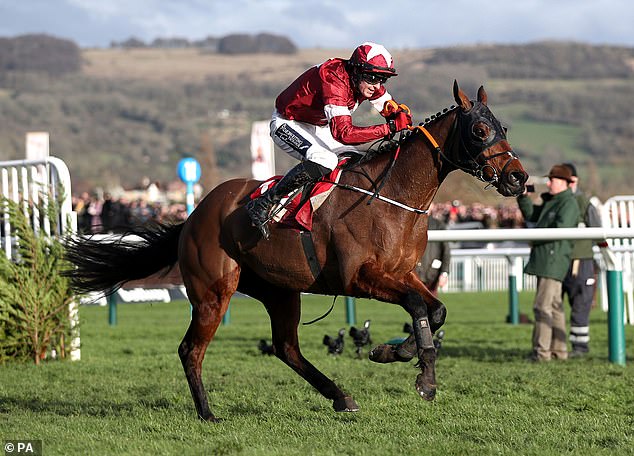 I can see an upset here as Ascot is a big jumping test. Cyrname has entries in the Ryanair Chase and the Gold Cup, as does Master Tommytucker, but we’ll need some strong evidence here before we get excited.

Will the Kingwell Hurdle at Wincanton affect the Champion Hurdle betting?

Song For Someone has already done enough to justify taking on Epatante and Honeysuckle in the Champion Hurdle if trainer Tom Symonds opts to run there, while Donald McCain’s Navajo Pass beat Buveur D’Air at Haydock.

They will set a good test for the puzzling Goshen. He was romping home in last season’s Triumph Hurdle before unseating Jamie Moore at the last. Everything since has been underwhelming. He must perform. If he does it’s full speed to the Champion Hurdle.

What do you want to see from Lisnagar Oscar at Haydock?

Simply, a positive effect from his breathing operation. Heavy ground at Haydock will expose any issues and he has a stiff task retaining his crown against a rejuvenated Paisley Park and rising star Thyme Hill.

I am not particularly looking for a win — a decent staying-on run would be OK. But I’d like to see his jumping being slicker. His jumping nearly cost him when winning the 2020 RSA Chase. He wouldn’t get away with that in the Gold Cup.

How will Tiger Roll run in the Boyne Hurdle at Navan?

He’s unlikely to win. But after pulling up at Cheltenham in November, hopefully he’ll show more spark before trying to win a fifth Cheltenham Festival race in the Cross Country Chase and then, hopefully, a shot at winning a third National.

Peter Scudamore is the horseracing ambassador for Freebets.com — bet with confidence