Champion trainer Nicky Henderson led the tributes to jockey Barry Geraghty, who announced his retirement from the saddle on Sunday.

The two-time Irish champion jump jockey succeeded Mick Fitzgerald as Henderson’s stable jockey in 2008 and his link with the trainer was maintained when Geraghty became No 1 jockey to owner JP McManus after Sir Anthony McCoy retired in 2015.

Geraghty, 41 in September, said he would have ridden at Aintree and Punchestown in the spring had Covid-19 not intervened, but his final act as a jockey turned out to be five wins from 11 rides at the Cheltenham Festival, including a fourth Champion Hurdle on Henderson’s Epatante.

Henderson said: ‘We always got on well and we had some great days together. He was the ideal replacement when Mick retired.

‘Barry was a great man for the big stage. It is great he has gone out in one piece.

‘He has had some pretty brutal falls in recent years. I am pleased he went out in a blaze of glory at Cheltenham.’ 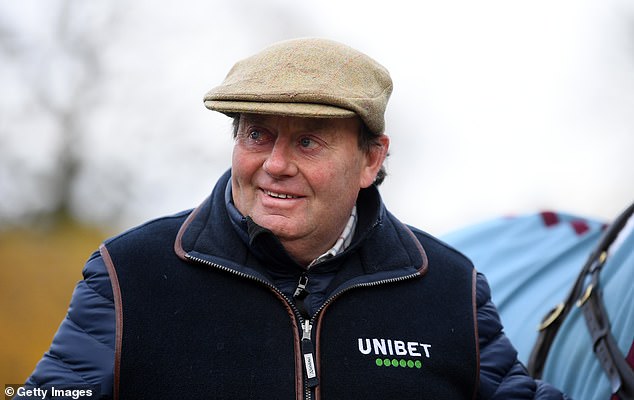 McCoy added: ‘We can all have opinions on jockeys, but you only need to look at Barry’s c.v. to see his class as a rider.’

Geraghty’s exit brings to an end a golden generation of Irish jump jockeys as he joins McCoy, Paul Carberry and Ruby Walsh in retirement. Geraghty’s 1,920 winners put him fourth on the jump jockeys’ all-time list but his big-race record was even better.

Injury disrupted the last five years of his career and when he broke a leg on the eve of the 2019 Grand National, many thought his career was over.

With Mark Walsh now operating as McManus’s No 1 in Ireland, last season Geraghty concentrated on quality rather than quantity in Britain with 25 wins from 88 rides.

He confirmed his retirement in his Sporting Index blog, saying: ‘I knew going into Cheltenham that it was going to be my last one and that’s probably why I showed more emotion than I had done in donkey’s years.

‘As things have worked out, we’ve ended up with another three or four months to think things through and that’s helped me to confirm the decision.’