Racing’s cancelled… but not because of Covid! New Year’s Day at Cheltenham is CALLED OFF with the course waterlogged after 85mm of rain

By Cian Cheesbrough For Mailonline

Cheltenham’s annual New Year’s Day horse racing event has been cancelled due to torrential rain in the area.

The popular horse racing venue announced the heavy rainfall in recent days has caused the tracks to be waterlogged and therefore not in a good enough condition to host races.

An inspection was due to take place at the course on Wednesday morning, but shortly beforehand a Tweet from the venue’s official account confirmed the scheduled card would not take place.

The tweet read: ‘Following 85mm of rainfall since last Wednesday, there are areas of waterlogged ground across the width of the course and it is therefore not raceable.’

The seven-race card was due to feature Grade Two Dornan Engineering Relkeel Hurdle.

Clerk of the course Simon Claisse said on Tuesday that the course would need show ‘significant improvement’ in order for the event to go ahead with several parts of the track waterlogged. 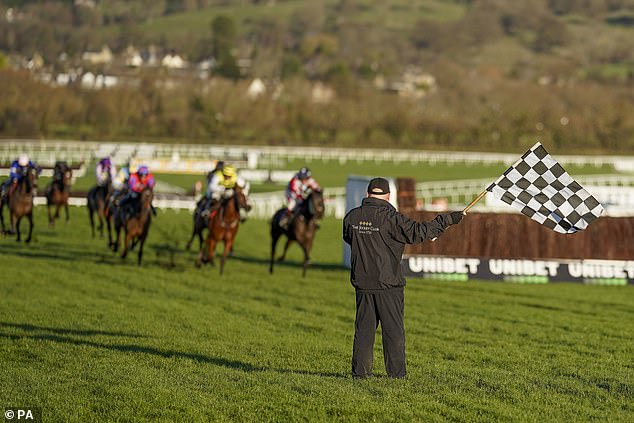 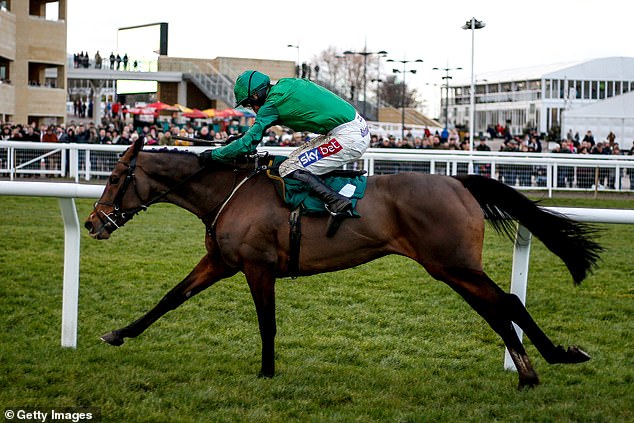 ‘The meeting is currently in jeopardy. We have had 110mm of rain in the last 14 or 15 days, 70mm of that since Wednesday’, Claisse said.

‘It is a phenomenal amount of rain with a lot of local flooding.

‘We would like to be looking at a dry forecast but we haven’t got that.’