Tizzard, whose best chance of a winner probably lies with The Big Breakaway in the three-mile novice chase, said: ‘Joe will be on the licence soon. I don’t fancy Colin and Joe (in partnership). I’m 65. It won’t change anything – I’ll still argue with him every morning! He deserves to go on as you don’t want to go on too late in life.

‘He is doing a good job and it (retirement) was always going to be 65. I’ve got other things I wouldn’t mind doing. I don’t want to wake up every morning worrying about horses all the time. 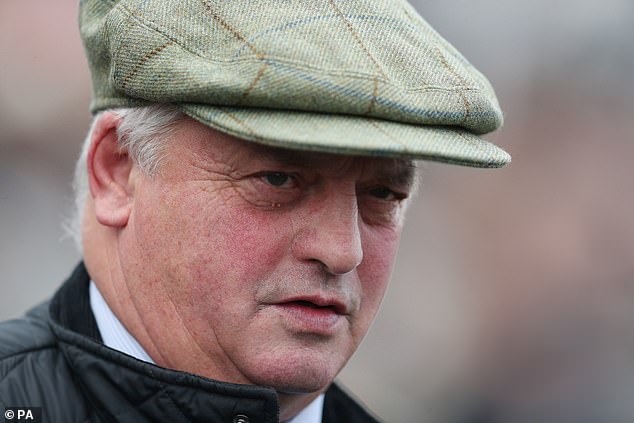 ‘I might want to take the wife away to New Zealand and places like that which I’ve not been able to do as I’ve been doing the horses the last 25 years.

‘As soon as he has done his modules (he will be on the licence). He should be on by next season. There is plenty of time over the summer to get it done. There is nothing to sort out, just change one name. It won’t change one iota as Joe is doing more and more. He deserves to have his name at the top.’

Ahead of the proposed changing of the guard, Tizzard hopes The Big Breakaway, who finished fourth in last year’s Ballymore Novices’ Hurdle at the Festival, can get his career back on track by making it two wins in as many starts over fences at Cheltenham in the three mile Grade One Brown Advisory Novices’ Chase.

Asked who he rates as his best chance of a winner next week, he added: ‘The Big Breakaway. He is a good horse. He was fourth in the Ballymore last year when he didn’t travel very well but he is in beautiful form at the moment. With a clear round he will be there or thereabouts. 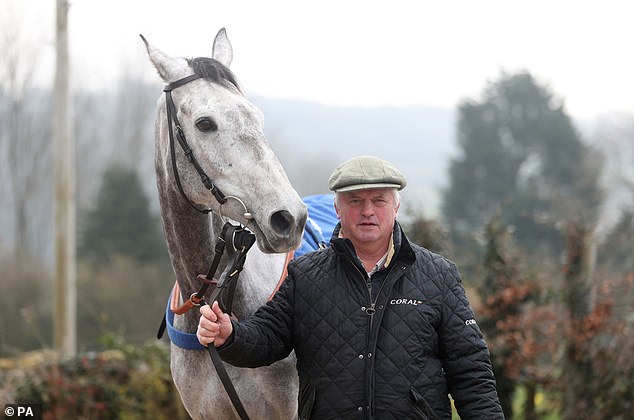 ‘Harry Cobden schooled The Big Breakaway and Lostintranslation yesterday morning. His first run of the season at Cheltenham, I don’t know what he beat but he walked away from them.

‘The second run we had these ideas to teach him how to be a racehorse and sit in behind but they went too slow and he sat there and waited. I don’t think he was quite right then but he is right now. Nothing can stay with him on the gallops.’

Tizzard believes 2018 Cheltenham Gold Cup winner Native River has had the perfect preparation ahead of trying to become only the second horse after the mighty Kauto Star to successfully regain the blue riband prize.

He said: ‘He has won a Gold Cup, been third and fourth in a Gold Cup and been second in a National Hunt Chase so he likes Cheltenham. Half of them were on good to soft so he has got good form there anyway.

‘He goes through the mud like nothing else. He is 11 and we understand that, but he has had a brillant prep. He went to Aintree and went to the Cotswold. He is in lovely form. We are chuffed as hell that he is the top rated chaser in England. 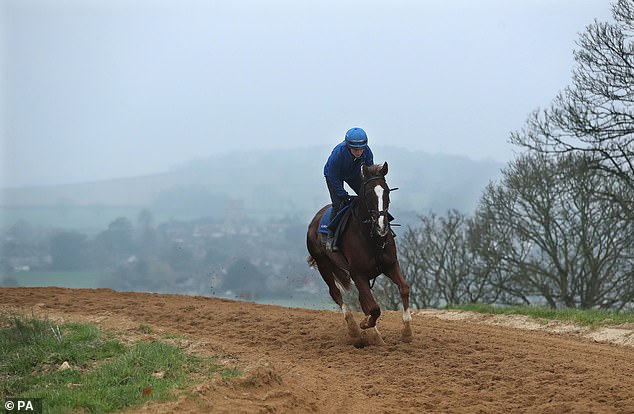 ‘The handicappers don’t give a horse that rating just to be nice – that is what he is. If he is in the form he is this week Richard Johnson will be putting it down to them.

‘If they go faster than him they don’t normally win the race. In the past they have put it up to him and they get blown away by doing that and I think everyone realises that. Native River you can gun for three and a quarter miles but the rest can’t do it. He blew Frodon away at Aintree this season when there was only nine fences.’

The Milborne Port handler also believes last year’s Gold Cup third Lostintranslation is on much better terms with himself following a recent outing in the Grade Two Denman Chase at Newbury.

He said: ‘He has come in his coat and he was good on the gallops this morning. He has got to be tested in the hottest race of the year and he might not be good enough but we have had a better run-up this season than we had last season.

‘He came third last season and he had half a chance at the last. For a big heavy horse he does like good ground. I think he is in good form and he is in the best form he has been this season on our gallops but that doesn’t always end up on the racetrack. We didn’t think Newbury was much better than Haydock but he is much better now.’