David Probert believes his win on Sandrine at Royal Ascot in June has helped propel his career to new heights, and is hoping that the unbeaten filly can extend the upward curve when he rides her in Thursday’s Lowther Stakes at York.

No jockey heads into the prestigious four-day Ebor meeting, which starts on Wednesday, in better form than the red-hot Probert, who has had 11 winners from his last 18 rides in Britain.

Appropriately for the Welshman, who was born in Bargoed, that includes a five-timer at Ffos Las on Wednesday which he followed with a treble at the Welsh track 24 hours later and then another double at Newbury on Friday. 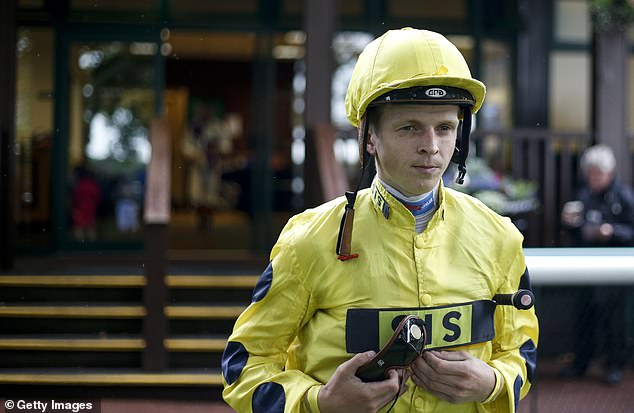 Only champion jockey Oisin Murphy and Hollie Doyle have ridden more winners than Probert this year and the 33-year-old’s 110 victories leave him needing only two more to match his best ever tally with four and a half months of the year still to go.

He was joint champion apprentice with William Buick in 2008 as they learned the game together with trainer Andrew Balding at his Kingsclere stable in Hampshire.

Buick has gone on to land one of the best jobs in world racing, riding for Sheik Mohammed’s Godolphin empire, while Probert has remained with Balding. He is letting his riding do the talking and more and more people are taking notice.

‘William got a job with John Gosden and went on to Godolphin but it is great to still be part of the team with Andrew,’ said Probert. ‘Over the last four or five years his stable has got bigger and better and he has so many high-class horses now. 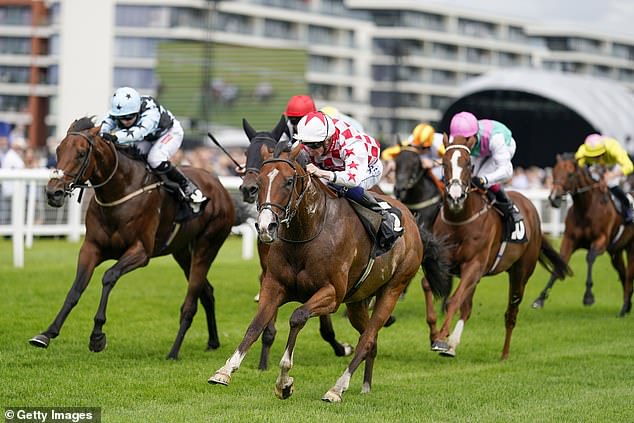 ‘It is all about getting noticed in this game and making a name for yourself. That is not easy. Some people are luckier than others and get the opportunities but hopefully I am getting my chance now.

‘I don’t know how much I can do. I am not in the Press most days and shouting around but you need success to do that. That has happened more this year and you get confidence from that and bounce off it.

‘Sandrine’s win in the Albany Stakes at Royal Ascot got the ball rolling and I have been getting on better rides on a Saturday — horses such as Bangkok (winner of the Group Two Sky Bet York Stakes) and Tribal Craft (who won the Group Three Bronte Cup at York).

‘That boosts your profile. The winners have been more consistent and to get a five-timer was unbelievable. Going to Ffos Las I knew I had some nice rides and everything fell right.’ 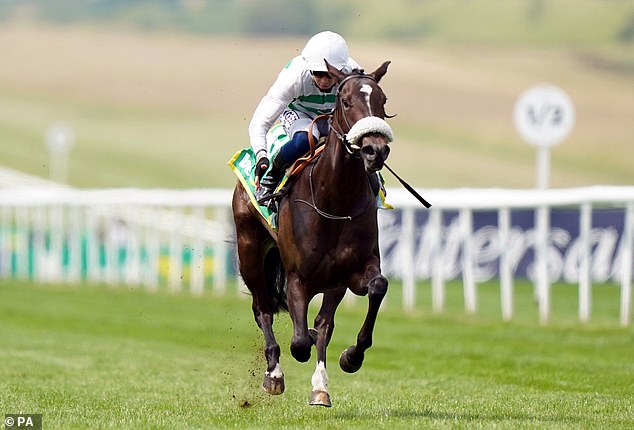 Sandrine’s latest win in the Duchess of Cambridge Stakes at Newmarket, when she beat useful Desert Dreamer by a length and three-quarters, means she will have to give 3lb to all her rivals in the Lowther Stakes but Probert rates her highly.

‘When she won at Royal Ascot the ground was very soft and pure ability got her through it,’ he said.

‘I knew she would be better on quicker ground at Newmarket. She was unbelievable and quickened so well. She is the best two-year-old I have ridden. Her temperament is perfect and she has improved with every run.’