The progress of Defi Du Seuil (Ascot, 3.35) has stalled, but the mercurial chaser could relaunch his career in Saturday’s mouthwatering renewal of the Matchbook Betting Exchange Clarence House Chase.

The presence of reigning Champion Chaser Politologue and the highly talented, but fragile, Waiting Patiently ensure this year’s running of the Grade One feature lacks nothing in terms of depth or quality.

Both contenders are capable of high-level performances, with the former adding consistency to an impressive profile courtesy of a recent link-up with rider Harry Skelton.

With Skelton likely to be claimed for Champion Chase contender Nube Negra at Cheltenham in March, Politologue’s connections revert to Harry Cobden in the saddle this afternoon.

Given the dashing grey has produced career-best displays from the front in his last two starts in the Champion and Tingle Creek Chases with Skelton on board, it will be fascinating to see if Cobden can repeat the fireworks.

There is no reason to believe he can’t, but the presence of First Flow may mean Politologue is denied a free role at the head of affairs and a strong gallop would assist Defi Du Seuil and Waiting Patiently.

Defi Du Seuil has major questions to answer following abysmal efforts at Cheltenham in the Champion Chase and on his comeback in the Shloer Chase.

However, the selection has only been beaten once in six chase starts going right-handed, with that defeat sustained at Punchestown by the high-class Chacun Pour Soi. 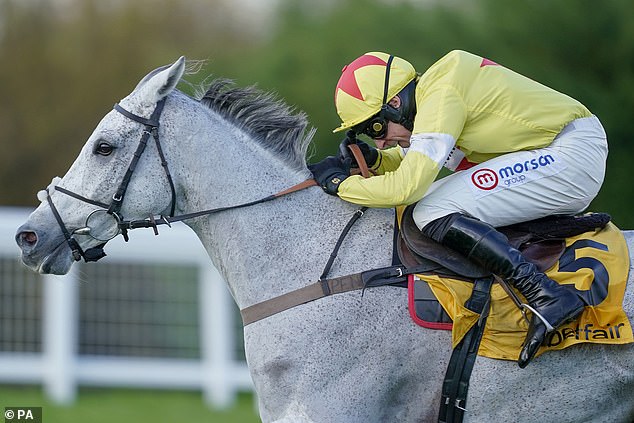 The selection hammered Un De Sceaux in last year’s renewal, hard on the heels of a snug Tingle Creek defeat of the same adversary.

Waiting Patiently earned many headlines that day at Sandown by charging home late into an eye-catching third, a scenario which was repeated over three miles in the King George on Boxing Day, when he again finished well to claim second.

One of these marquee events is likely to drop his way soon, but Defi Du Seuil may just possess more tactical speed and is said to have been freshened up courtesy of a trip to his owner’s Martinstown stud in Ireland.