Derby and King George winner Adayar will miss Sunday’s Prix Niel at Longchamp with a leg infection and go straight to the Prix de l’Arc de Triomphe on October 3.

Trainer Charlie Appleby confirmed the change of plan on Tuesday as he also revealed that Adayar’s stablemate and Irish Derby winner Hurricane Lane will join him in the Arc if all goes to plan for the Godolphin-owned colt in Saturday’s Cazoo St Leger at Doncaster.

Appleby, who described Adayar’s issue as a ‘minor setback’, added: ‘Adayar missed a couple of days and, after discussions, we felt there was no need to press on to a trial (for the Arc). So, the decision was made to head straight there.’ 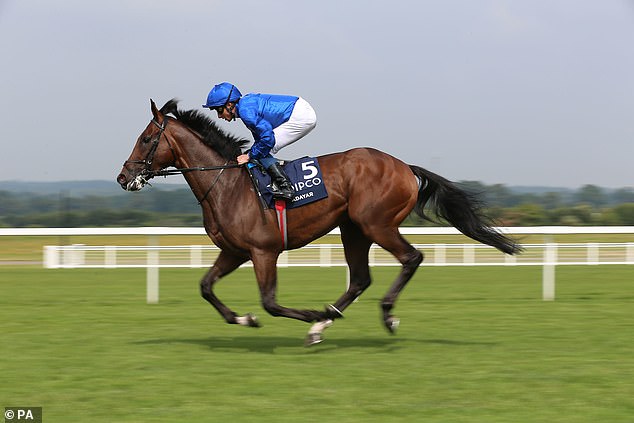 Hurricane Lane is odds-on favourite for the final Classic of the season and must stay the mile-and-three-quarter trip he tries for the first time.