Give us our money back! Derby sponsors Investec demand cash rebate on £3m deal as racing meet is cut to one day due to coronavirus

Racing has suffered another financial blow with Derby sponsors Investec demanding a rebate on their £3million-a-year deal after the second Classic meeting of the year was reduced to one day.

The Derby and the Oaks will both take place at Epsom on July 6 rather than being spread over two days in a meeting that will be staged without spectators, leading Investec to argue that the new arrangements significantly devalue their sponsorship.

Investec have sponsored the Derby since 2011 as part of a long-term contract due to run until 2026, but the financial services company’s interest in racing has waned since co-founder Bernard Kantor left the firm last year.

While they have no plans to withdraw from their contract Investec will demand a refund on the grounds that the Derby meeting has reduced significantly in scope and they will be unable to entertain clients at the course, with corporate hospitality one of the main drivers of such sponsorship deals.

The anticipated rebate will put further pressure on prize funds, which as Sportsmail revealed last week have plummeted in the wake of the coronavirus pandemic, with the value of the Derby dropping to around £500,000, one third of the kitty on offer last year. 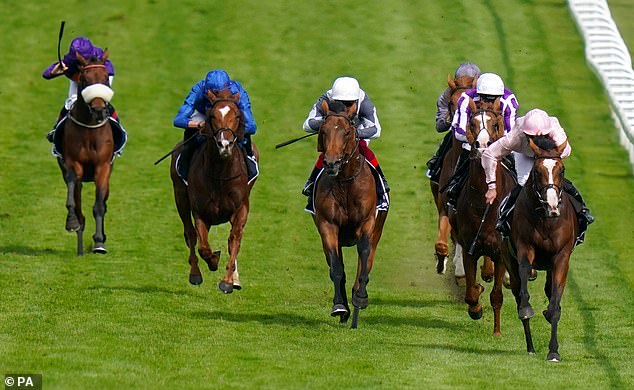 The British Horseracing Authority on Thursday announced that minimum prize money levels would be 80 per cent of previously agreed levels for 10 weeks after the resumption of racing due to a £15.7m contribution from the levy, but that money will be primarily directed towards the lower levels of the sport rather than Group One races.

Many of racing’s other key sponsors are being more supportive however, Quipco still committed to the rescheduled 1000 and 2000 Guineas meetings at Newmarket and other big meetings at Ascot later in the year, whilst bookmakers are continuing to sponsor races.