Frankie Dettori is a winner… and so is his wife! Jockey celebrates victory on his first ride after the resumption of racing at Kempton

Frankie Dettori got back in the winning groove on his first ride after the resumption of racing at Kempton on Galsworthy and the 49-year-old jockey was in no doubt who was most pleased to see him back in action – wife Catherine!

After 11 weeks at home during lockdown, Dettori quipped: ‘It’s good. I’m away from home.

‘I think my wife is more pleased than me, I’ll be honest with you.’ 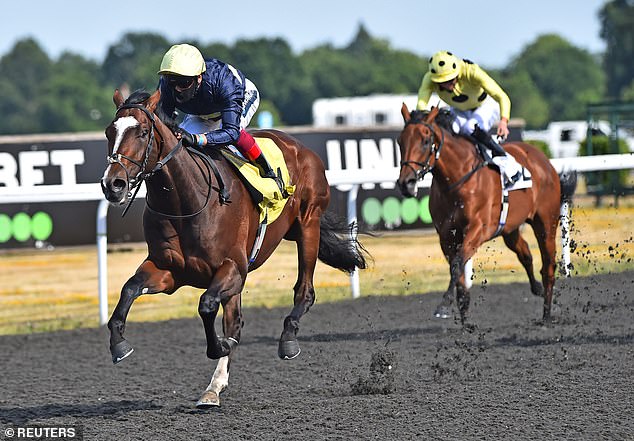 After Dettori (left) won the race, he joked the most delighted person will have been his wife

There was no flying dismount as Dettori slid off the easy John Gosden-trained winner of the mile and a half maiden on Wednesday.

Most impressive winner of the day at Kempton was The Queen’s Sir Michael Stoute-trained First Receiver.