I hope my kids don’t barge in! Ed Chamberlin admits fear as he prepares to host ITV’s horse racing coverage from his spare bedroom

Presenter Ed Chamberlin will initially be hosting ITV’s racing coverage from the spare bedroom of his Hampshire home when the sport returns to our screens.

Racing is planning to re-start on June 1, subject to final Government permission, with ITV due to show its first action on Friday 5 June from Newmarket.

Chamberlin said: ‘Everything is remote. The director is in his own house as is the director’s assistant and the editor. This shows ITV’s commitment to the sport. It has been a huge logistical operation to get all this kit installed.

‘I have a large camera, two monitors and a computer, a bank of wires and two big lights along with my ITV backdrop.

‘We did all sorts of things (in the rehearsal). We used a couple of races from York’s Ebor meeting last year. We learned about zipping around between Francesca and Jason and practised bringing in Richard Hoiles, who did a commentary.

‘We practised using skype and zoom because there is potential to do interviews as well as pretending something had crashed. We tried every scenario. It all went pretty well but few things went wrong to test us.’ 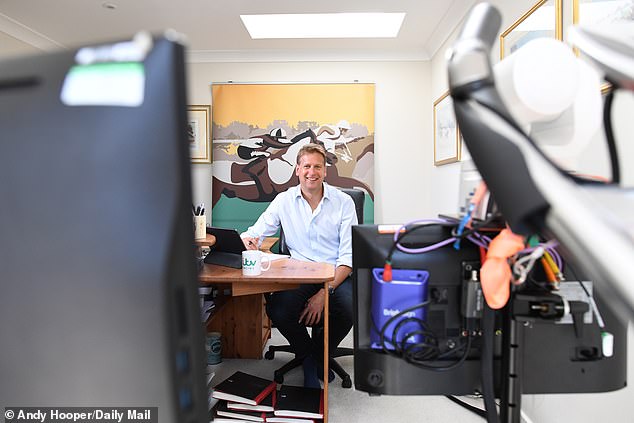 Chamberlin said there are two things that haunt him about presenting from home.

‘One is that my Wifi goes down but they have a back-up for that. I have 4G boosters hanging out of the windows!

‘The other is that after all the home-schooling, one of my children comes in and asks what is four plus four is while I am taking about the 2.15 at Newmarket.’

Racing looks like being the first major professional sport to return in Britain in a behind-closed-doors scenario. 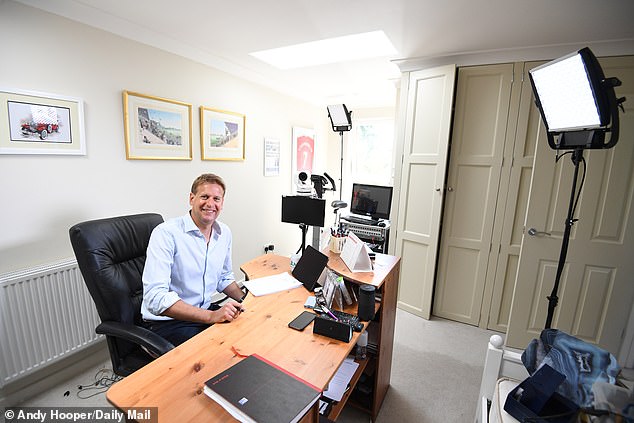 Chamberlin, who hopes some presenter presence on track may be allowed by the time Royal Ascot starts on June 16, added: ‘I feel more responsibility doing this than anything I have done in television. For instance, Daily Mail football fans are going to be tuning into live sport thinking ‘why the hell is this happening?’

‘We’ll explain how. How we are broadcasting safely and remotely will also be an important message.

‘It is a huge opportunity. The priority will be to be sensitive,. We are fully aware people well be watching who have been suffering and have lost loved ones and we have to give our thanks to the people working on the front line.

‘But we also got to be conscious that sport can be such a force for good. Racing has the opportunity to do that and bring a bit of joy to peoples’ lives.’ 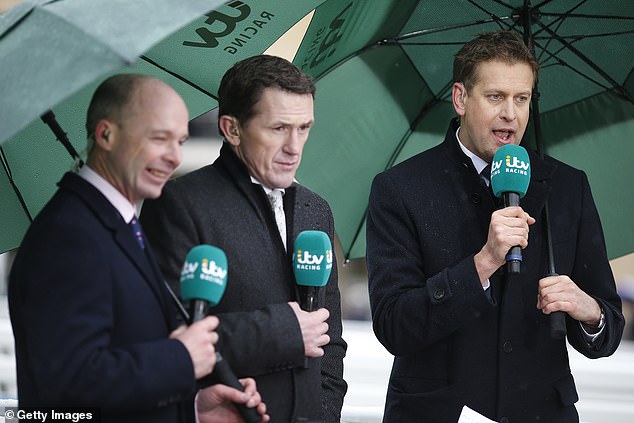 IRISH racing will return at Naas on June 8. The Irish 2,000 and 1,000 Guineas will be held at the Curragh on June 12 and 13, a week after their British equivalents are scheduled to take place.

The Irish Derby will be run at the Curragh on June 27 meaning it will take place before both the Investec Derby at Epsom (July 4) and French Derby at Chantilly (July 5).

The new proposed prize money sees the Irish Derby and the Irish Champion Stakes, which is run on September 12, see both cut to €750,000 from €1.5m and €1.25m respectively.

For the first three weeks of the re-start in Ireland, racing will be restricted to nine racecourses which are more centrally located to minimise travel distances and which also have higher stable capacities given the requirement for one stable per horse under the new protocols.