Empress Josephine ate up ground in the last furlong to give trainer Aidan O’Brien his 10th win in the Irish 1,000 Guineas and jockey Seamie Heffernan his fifth, when pipping stablemate Joan of Arc by a short head at the Curragh on Sunday.

The 14-1 winner looks likely to head to Royal Ascot for the Coronation Stakes again over a mile, while Joan Of Arc, ridden by Ryan Moore, has the French Oaks run over another two furlongs as her likely next target.

Empress Josephine was only running for a fourth time having made a winning debut at Naas on March 28. The daughter of Galileo is a sister of seven-time Group One winning filly Minding, whose wins for O’Brien included the 2016 1,000 Guineas and Oaks. 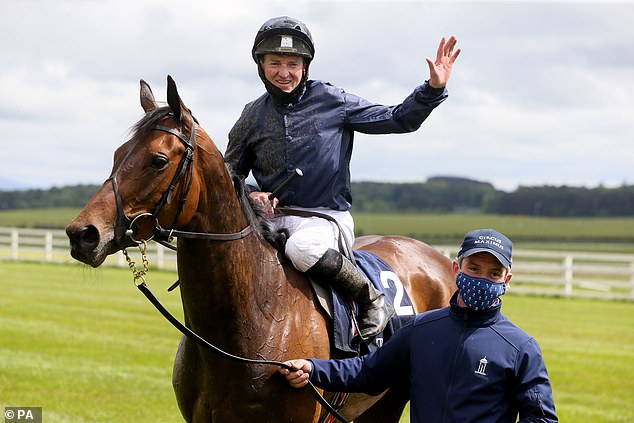 O’Brien said: ‘She is a seriously bred filly. She went to Gowran over nine furlongs last time and was just beaten. ‘We thought coming back to a mile and taking our time with her might suit.’

Heffernan thought Empress Josephine was good value for her win despite her narrow margin of victory. The jockey said: ‘I should have won well because I was knocked sideways two furlongs out.’

O’Brien has a strong hand for the Coronation Stakes with Mother Earth, his winner of the English 1,000 and runner-up in the French 1,000 Guineas, also being aimed at the race. 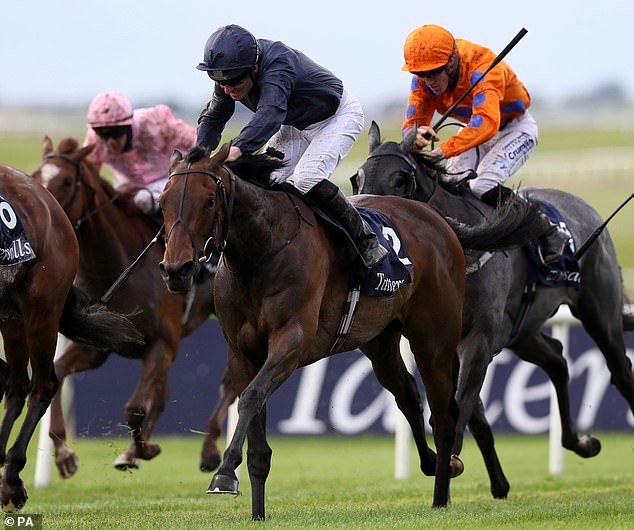 Joseph O’Brien-trained Pretty Gorgeous was 15-8 favourite but seemed to get tired on her seasonal debut as she faded into seventh of the 14 starters.

Richard Fahey’s Fev Rover, the only British-trained runner, got buffeted around before finishing 10th, well below the form of her English 1,000 Guineas third.