First Flow produced a spectacular jumping performance to win the Clarence House Chase at Ascot and leap into the picture for the Queen Mother Champion Chase at the Cheltenham Festival.

First Flow also had 2020 Clarence House Chase winner Defi Du Seuil back in fifth as nothing was able live with him under a trademark attacking Bass ride.

It was a sixth successive win for First Flow who, ironically, is not the best jumper on the schooling grounds back at Bailey’s Gloucestershire stable.

Bass said: ‘I am still a little surprised. I knew he had improved and was on a winning streak but he has really stepped up again. He made up so much ground jumping.

‘I promise you he has frightened the life out of me at home. I got a fall of him last year schooling. He is very average at home and always has been but on the racecourse he is brilliant.’

Bailey added: ‘David has unbelievable faith in the horse. He just keeps firing him and he keeps answering him.’ 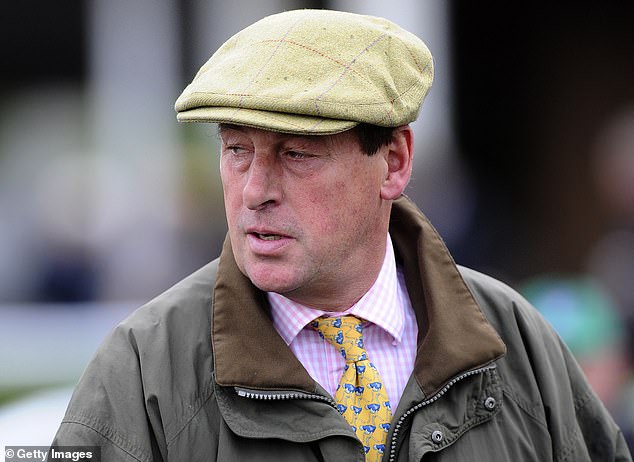 Meanwhile, trainer Nicky Henderson refused to be downcast as dual Champion Hurdler Buveur D’Air was beaten by Navajo Pass in The New One Unibet Hurdle at Haydock.

It was a first run in 420 days for Buveur D’Air following the freak incident when a wood splinter pieced his off-foreleg just above the hoof in the 2019 Fighting Fifth Hurdle.

Henderson said: ‘Of course it’s disappointing but Nico (De Boinville) felt as if he was going to get there comfortably but then when he has got to the last he has had a big blow. He jumped every hurdle like he always used to. I expect him to come on hugely for the run.’ 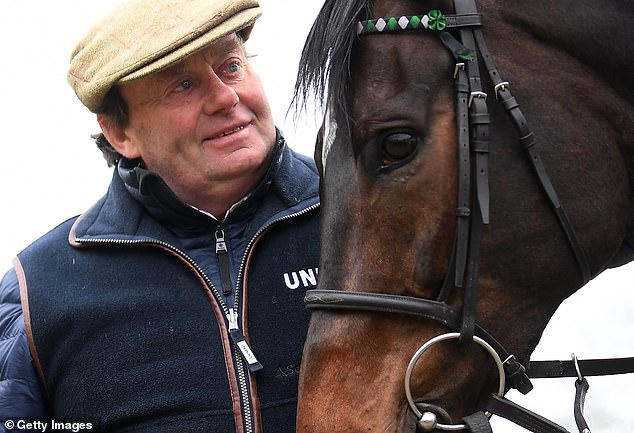 Trainer, Nicky Henderson was upbeat despite the fact Buveur D’Air was beaten by Navajo Pass

Winning trainer Donald McCain warned against underestimating Navajo Brave, who got a good tactical ride from Sean Quinlan. He is likely to be aimed at the Grade One Aintree Hurdle in April.

Useful Flat performer Tritonic is 14-1 for the Triumph Hurdle after making a winning hurdles debut at Ascot for trainer Alan King and jockey Adrian Heskin.