Frankie Dettori is gripped by the ‘Royal Ascot buzz’ — even though he admits the next five days will be the strangest in the history of flat racing’s biggest and most colourful meeting.

Thirty years after the first of his 67 royal meeting winners on Markofdistinction in the Queen Anne Stakes, the 49-year-old jockey says he does not know if he will perform his trademark flying dismount if successful at a fixture stripped of its pageantry and pomp.

There will be no crowds or owners and face masks will replace top hats as Royal Ascot fashion accessories because of the coronavirus restrictions.

Dettori said: ‘The Royal Ascot buzz has already hit me. When I woke up on Sunday, I felt great looking through the entries. It will be business as usual.

‘Riding at Newmarket last week was a bit of an anti-climax when you return to the winner’s enclosure and it is only you and the trainer.

‘But it is bred into us to try to win races and be competitive. Once the stalls open, everybody wants to win, especially at Royal Ascot.

‘I’m not sure about the flying dismount. It is very hard to jump off a horse when there is nobody in front of you, so at the moment I don’t think I will be jumping off. But we’ll see. Royal Ascot is so special. Until I get there, I don’t know how emotional it will be.’

Dettori goes into the royal meeting in great form. His last 11 rides have delivered seven wins and four seconds.

The biggest ride this week for Britain’s most recognisable jockey is on John Gosden-trained Stradivarius, who will try to win a third Gold Cup on Thursday.

On Tuesday Dettori has six rides, including Gosden’s Terebellum in the Queen Anne Stakes, while on Wednesday he rides the Queen’s best chance of a winner, Sir Michael Stoute-trained First Receiver in the Hampton Court Stakes.

He said: ‘I was just glancing at the people I am riding for this week. Her Majesty, Godolphin, Coolmore, Juddmonte, Sir Michael Stoute, Aidan O’Brien and John Gosden. It’s amazing the excitement I will have over the five days. I am still in demand. I wonder why. Maybe they think I am all right at Ascot! 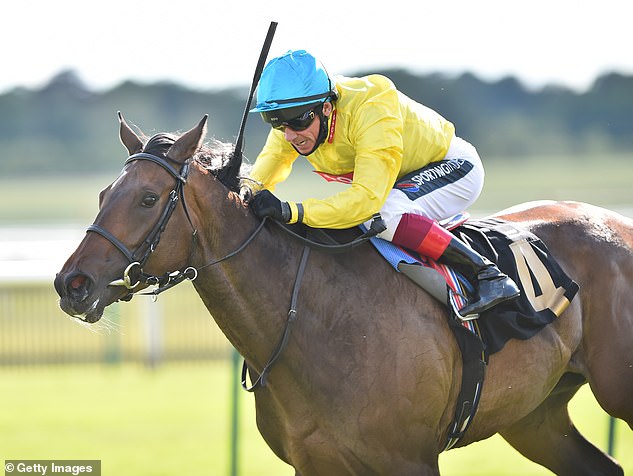 Dettori is in great form heading into the event, with seven wins from his last 11 rides

‘John’s horses are in good form and because of coronavirus all the best horses are running to catch up with the season. They’re running great and I hope it continues this week.’

Recalling how it all started in the 1990 Queen Anne, the Italian-born jockey, who will be 50 in December, said: ‘I remember my dad was there and being behind a wall of horses until I got a split on the inside in the last two furlongs.

‘Markofdistinction was my first big horse. When he retired, I cut a bit of his tail. It is in my house somewhere.

‘The scary part is that half of the weighing room weren’t even born when I won the Queen Anne on him!’

At last year’s Royal Ascot, Dettori was top jockey at the meeting for the sixth time, a title he had not won since 2004.

His seven winners, including a 449-1 four-timer on the Thursday, centred on Gold Cup winner Stradivarius.

That had bookmakers fretting about one of their biggest ever payouts before Turgenev just missed making it five wins when second in the Britannia Handicap.

The achievement evoked memories of his famous ‘Magnificent Seven’, when Dettori went through an entire Ascot card — winning all seven races and hurting the bookies 23 years earlier. 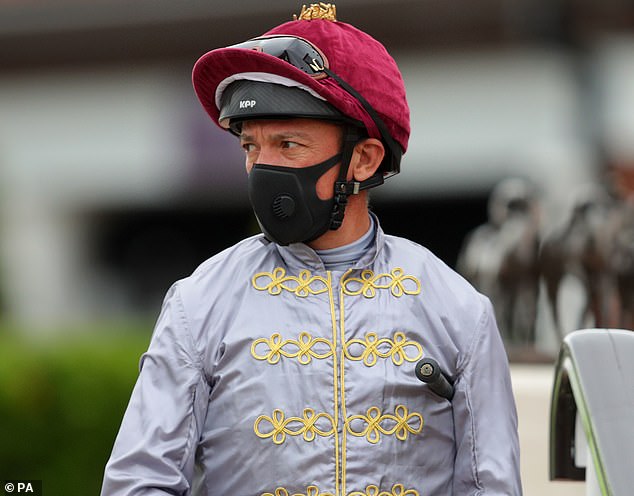 Dettori said: ‘Winning the Gold Cup is majestic with the Queen there to give you the trophy. But it was beyond my wildest dreams to win the first four races. The atmosphere was electric and it has to be my best moment at Royal Ascot.’

Stradivarius warmed up for his Gold Cup challenge when third to Ghaiyyath and 2019 Derby winner Anthony Van Dyck in the Coronation Cup, a race which is one mile shorter than the two-and-a-half miles of the Gold Cup. Dettori said: ‘We knew we were going to be outclassed but it was no disgrace to be third. He looked like he still had the sparkle.’

Winning the Queen Anne Stakes on Tuesday would be perfect symmetry for Dettori given the anniversary. Terebellum drops back two furlongs after winning the Dahlia Stakes over 10 furlongs at Newmarket.

Dettori added: ‘I feel that she has got speed and the mile division is wide open.’