The eagerly-awaited resumption of racing at Newcastle on Monday is supplemented by a Classic day’s racing at Deauville with the Normandy venue staging the French 1,000 and 2,000 Guineas.

Victor Ludorum (2.50) bids to restore his reputation in the Poule d’Essai des Poulains for colts having sustained a first defeat of his career in a muddling trial won by The Summit in May.

A number of trainer Andre Fabre’s horses looked as though the run would benefit them fitness wise when racing restarted in France so it would be remiss to write off the Godolphin-owned Prix Jean-Luc Lagardere winner on the back of one defeat.

Supporters of Ecrivain will insist the Lope De Vega colt, a place in front of Victor Ludorum at Longchamp last month, can confirm those placings, especially as he suffered an interrupted passage that day.

However, Victor Ludorum comfortably accounted for his old adversary in Paris last autumn and should be sharper with that initial run behind him.

There is a similar theme to the first fillies’ Classic of the season with Fabre also responsible for the likely market leader in Tropbeau (3.25), who bucked the trend of her stablemates by winning first time out. 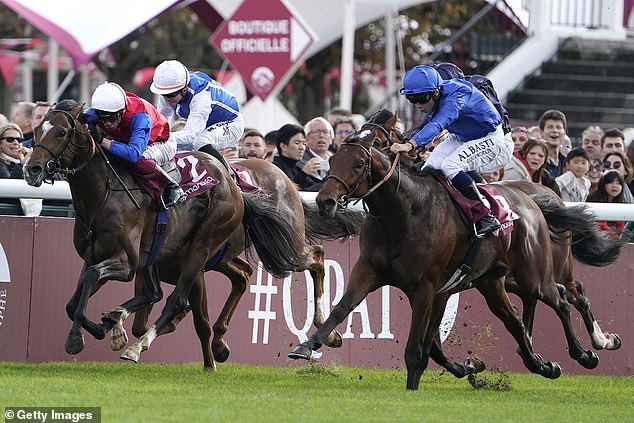 Dream And Do and fellow Fabre filly Tickle Me Green were second and third that day.

But Tropbeau displayed a great attitude and will-to-win and her two rivals were never going to overhaul her in the final furlong.

The classy Simeen rates a big threat following her cosy comeback win at Chantilly, but there should be more improvement to come from Tropbeau who is taken to complete a Fabre clean sweep.