The most significant elite European sporting action since the Covid-19 shutdown began will be staged in Paris on Monday morning when French racing returns at Longchamp.

The 10-race meeting, which starts at 9.55am UK time and will be broadcast on Sky Sports Racing, boasts a strong line-up including the 2019 French Derby winner Sottsass.

Their presence means racing in France — there are also meetings at Compiegne and Toulouse — returns with a bang.

French racing only got the go-ahead on Saturday after a comeback looked like it would be scuppered. There were Government jitters prompted reportedly by intervention from major figures connected to French football, which is banned until September.

Olivier Delloye, chief executive of ruling body France Galop, expects between 200 and 300 people to be at Longchamp, which has 131 entries. 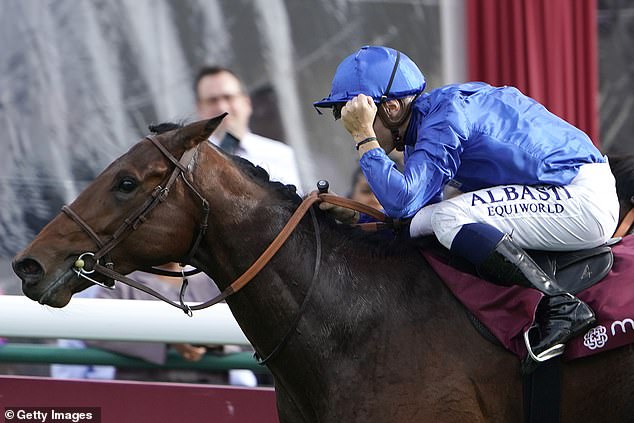 He said: ‘The big challenge is to make all the people involved strictly observe the rules to make sure we do not jeopardise the decision to resume.’

It is one groom per horse, a trainer or his representative and no owners. Only those listed will be given access to the track. Everyone will be temperature tested. Jockeys will wear masks.

Paul Struthers, chief executive of the Professional Jockeys Association, says riders will not have access to saunas and showers.

The legging-up of riders into the saddle in the paddock could be restricted to a few designated individuals to reduce contact. He said the aim was to make ‘going racing safer than going to the supermarket’.