Grand National 2017 winner One for Arthur is forced into retirement after heart issues were discovered last February, as trainer Lucinda Russell and owners Belinda Mclung and Deborah Thomson make decision to take him off the track

One for Arthur, the 2017 Grand National winner, has been retired.

The decision was made by his trainer Lucinda Russell and owners The Two Golf Widows, Belinda Mclung and Deborah Thomson.

One For Arthur became the first Grand National winner trained in Scotland since Rubstic in 1979 when he won at Aintree under a brilliantly timed ride from Derek Fox.

One for Arthur, winner of the 2017 Grand National, has been retired suffering heart problems 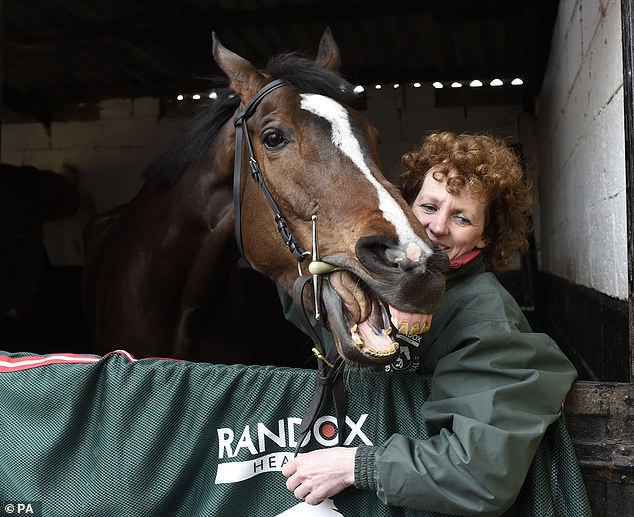 His last run came in the Grand National Trial Chase at Haydock in February when he was found to be suffering from a heart issue after being pulled up.

Russell, who said the decision had been taken with ‘mixed emotions’, added: ‘While the temptation was always to race him again, we knew that there would be a time when it would be the right call to halt his racing career.

‘We are delighted that he is fit and well and will now retire to an active life.’ 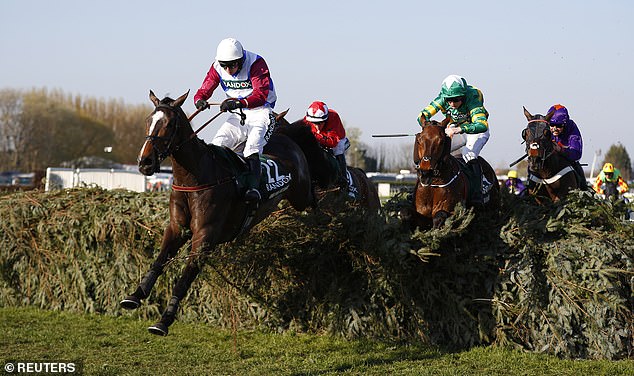