The world’s most prestigious horse race returns to our screens on Saturday evening as the eagerly-anticipated Grand National takes place at Aintree.

With the cancellation of last year’s race due to the outbreak of the coronavirus pandemic, it has been a full two years since race fans were able to watch the most anticipated race of the year.

Last year, it was the Virtual Grand Prix that took place of the more traditional meeting. And though the official format has returned this year, there still be a virtual race, which takes place on Friday night.

The big news for race fans is that Tiger Roll, who won the Grand National in back-to-back races in 2018 and 2019, will not be competing for a hat-trick this year, with his owners taking him out of the race field due to complaints about the handicapping system.

With that in mind, it’s Cloth Cap who comes into this year’s race as the favourite, though there are a number of strong competitors and plenty of twists and turns to play out yet.

With the race now quickly approaching, Sportsmail takes you through the all-important details. 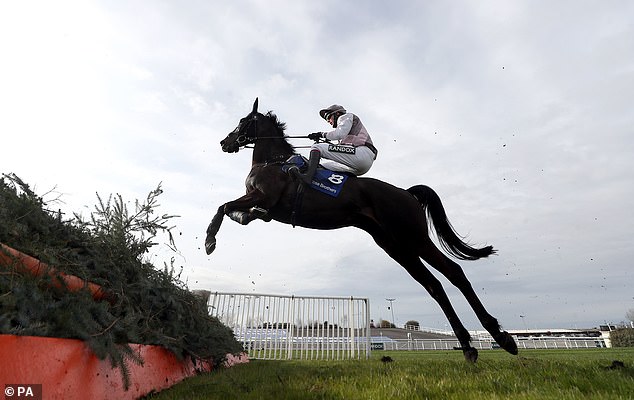 The Grand National will take place on Saturday, April 10, on day three of the Festival at Aintree

When is the Grand National?

The Grand National takes place on day three of the Festival at Aintree, which started on Thursday, April 8 and runs until Saturday, April 10.

The big race will get underway at 5.15pm, at a behind closed doors Aintree, which has hosted the race since 1839.

How to watch the Grand National

As will be the case for all three race days, it’s ITV who will be broadcasting the Grand National on Saturday evening.

Coverage will begin at 2pm on Saturday afternoon and will run until 6.15pm, with the race at 5.15pm, as mentioned above.

ITV 4 will also be previewing the day ahead on The Opening Show, which will run from 9.30am to 11am on Saturday morning.

Those with a TV license can also stream the action live on ITV Hub website and app, while subscribers of Racing TV can also watch the race at no additional cost.

Meanwhile, BBC Radio 5Live will be providing radio coverage of the big race, with their programming getting underway at 12pm.

Who is running and what is the handicap system? 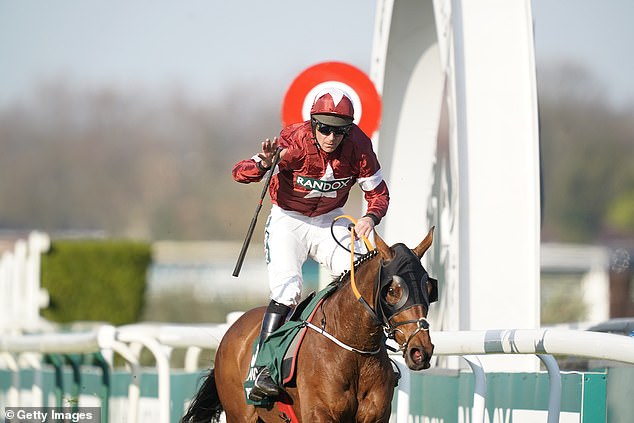 The handicapping system prevalent at the Grand National is designed to make the race as fair as possible.

Each horse is assigned a weight by the British Horse Racing Authority Head of Handicapping, which is determined by how highly they are rated.

A horse first gains a handicap when it has either won a race or competed three times. The handicap is actually the reason why Tiger Roll won’t be competing this year.

The famous horse carried 10st 13lb during his 2018 victory, and 11st 5lb the following year. Two year’s later, with Tiger Roll now 11 years old, the BHA added another seven pounds to his handicap, with owner Michael O’Leary and brother Eddie deciding to pull him out.

They insisted Tiger Roll was being judged on his reputation, rather than his form. That was before he won for a fifth time at the Cheltenham Festival in March, however.

In Tiger Roll’s absence, below is a full list of those who are competing, with the riders within the brackets.

*Odds as per Betfair and correct at time of publication

33 Give Me A Copper (Harry Cobden)

When is the virtual Grand National?

As stated above, there will still be a Virtual Grand National this year, which has remarkably raised over £3million for the NHS since 2017.

It will take place on Friday, April 9, with the race beginning at 8pm, and repeated once again on Saturday at 1pm, ahead of the big one.

The race will be broadcast live on ITV 4 on Friday, before the repeat is shown on ITV 1 on Saturday.