Trainer William Haggas decided to play the long game going into the Derby and it has now twice reaped dividends at Royal Ascot.

On Wednesday, Mohaafeth, a late withdrawal at Epsom, won the Hampton Court Stakes and could now be heading to the Eclipser Stakes.

On Friday, Alenquer, who beat subsequent Derby winner Adayar in the Sandown Classic Trial in April but the suffered setbacks in training, forged to a length-and-a-half win from Tasman Bay in the King Edward VII Stakes. 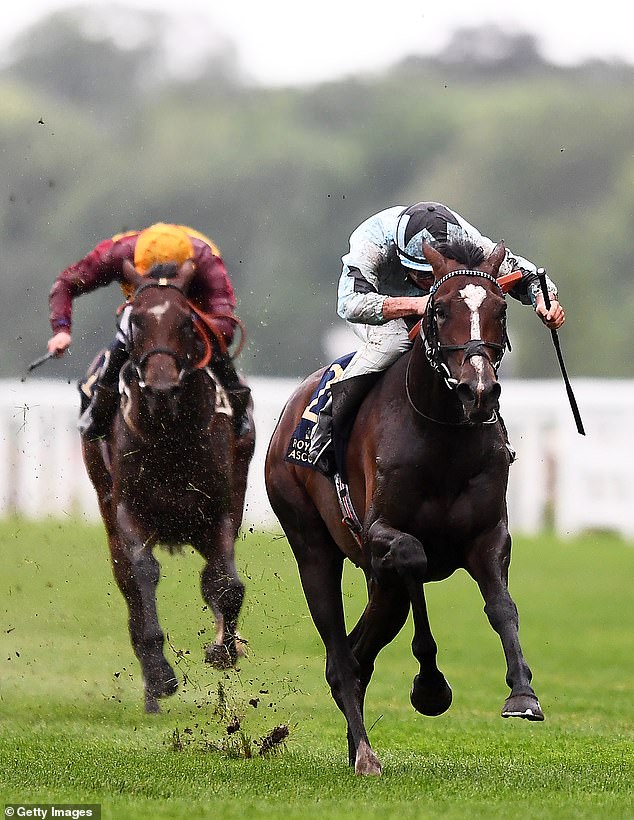 It was a victory under jockey Tom Marquand that earned quotes for next month’s King George VI & Queen Elizabeth Stakes but probably more realistically had Alenquer’s name being mentioned in the same sentence as the St Leger, the season’s final Classic at Doncaster in September.

Maureen Haggas, assistant trainer to her husband, said: ‘He could easily be a St Leger horse. He wasn’t stopping. He’s going the right way, for sure. He can be naughty at home, a right boy, but today and at Sandown he’s been concentrated and focused. He’s turning into a really nice horse.’

Friday’s card went ahead but things looked far from certain ahead of a 12.45pm inspection as 43.5mm of rain poured on to the track in 24 hours, a modern-day record for the royal meeting. 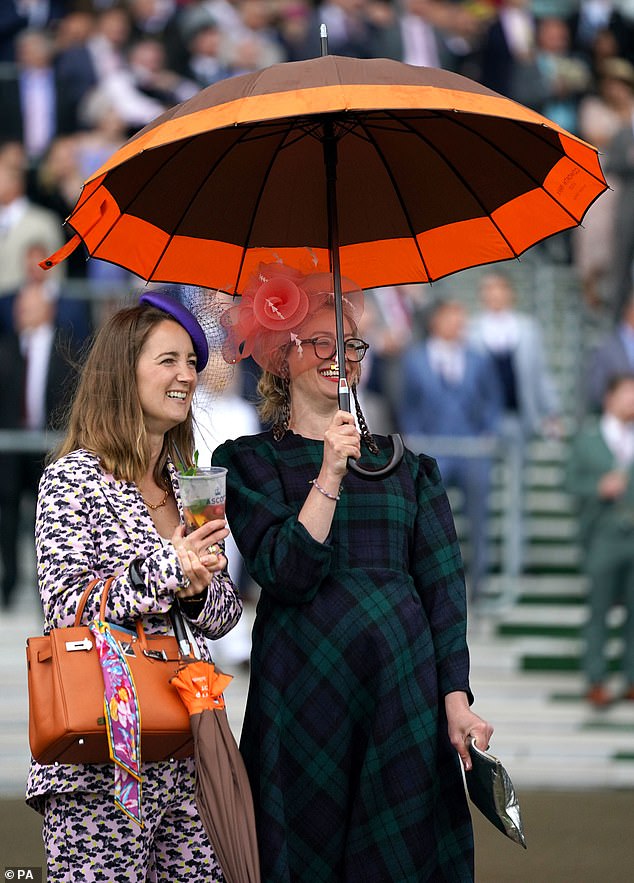 Friday’s card was in doubt after a record 43.5mm of rain poured on to the track in 24 hours

Contingency plans had been drawn up to run a five-race card using only the straight course or carry over races to a 10-race card on Saturday.

The dramatic change of going from Thursday’s ‘good to firm’ to ‘heavy’ prompted virtually all the 29 non-runners.

There have been a string of first-time royal meeting winners this week including Clifford Lee on Karl Burke-trained Significantly in the Palace of Holyroodhouse Handicap.

Also added to them was Derby winning jockey turned trainer Johnny Murtagh and his stable jockey Ben Coen after Create Belief romped to a five-and-a-half-length win in the Sandringham Handicap.

Murtagh, who rode 43 winners at Royal Ascot, said: ‘I was very successful at this track as a jockey — I love the place. To come back as a trainer now, this means the world.’

The Slybet Ebor Handicap at York in August is a possible target for Hughie Morrison-trained Duke of Edinburgh Handicap winner Quickthorn.