‘He has won two Gold Cups and he is one of my favourites’: Frankie Dettori targets Ascot hat-trick with Stradivarius on day three of meeting

Stradivarius bids to cement his place in Ascot Gold Cup history on Thursday when he attempts to land the race for the third consecutive year.

The mount of Frankie Dettori is one of nine horses to have won the centrepiece of the royal meeting twice.

But victory for the John Gosden-trained chestnut would see him join Sagaro as a three-time winner and potentially leave him aiming at the record of Yeats — the only four-time Gold Cup winner whose statue stands in the Ascot parade ring — in 12 months.

In the last two years, Stradivarius, owned by Bjorn Nielsen, has warmed up for the Gold Cup with a win in the Yorkshire Cup at York’s May meeting.

With that option closed while racing was shut down, Gosden decided to give Stradivarius a warm-up run in the Group One Coronation Cup at Newmarket.

He was not disgraced in a race which is a mile shorter than today’s contest, finishing third behind Ghaiyyath and 2019 Derby winner Anthony Van Dyck. 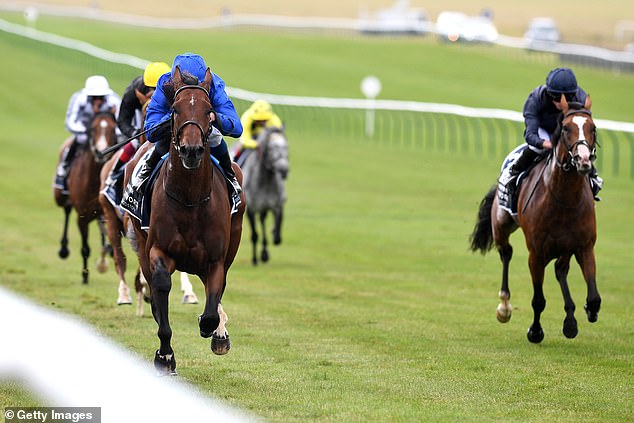 Dettori, chasing his eighth win in the race, said: ‘The last two years we have gone to Royal Ascot with a prep run under our belts. We knew we were going to be outclassed but it was no disgrace to be third. He’s a two-mile plus horse in the last three years and we were expecting him to drop back a mile in trip.

‘He looked like doing something at the two-furlong marker but it was like running Mo Farah against Usain Bolt. It was unfair but he looked like he still had the sparkle. I thought it was a good effort. I was pleased with him.

‘He has won two Gold Cups and he is one of my favourites.’

Gosden said: ‘Stradivarius is in good form. I thought he ran a remarkable race in the Coronation Cup. It was a track record for the mile and a half and we were thrilled with the way he ran.

‘He seems to have been fine since but the 13-day gap is not ideal. You would much prefer a three-week gap but I didn’t want to be going to a Gold Cup over two and a half miles without a prep race.’ 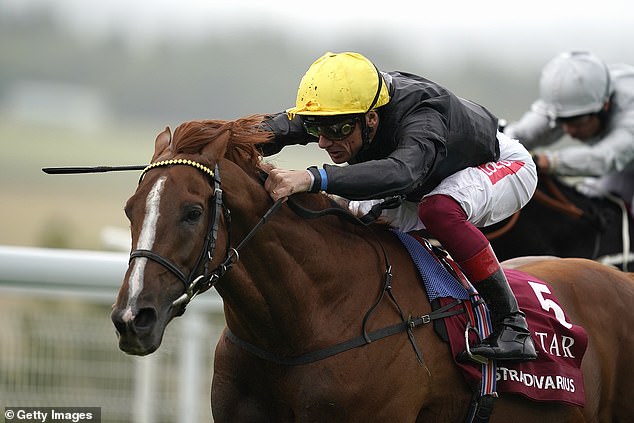 The chance of Stradivarius has solidified with Aidan O’Brien not running Kew Gardens, his conqueror by a nose in the Long Distance Cup in testing ground at Ascot in October.

Rain is forecast for the track on Thursday and Gosden added: ‘Kew Gardens beat us over two miles when it was soft ground. I just hope we don’t get ground like that again, as Stradivarius is a top-of-the-ground horse and needs that to be seen at his best. I’d be more worried about the ground than anything else.

‘A lot of good horses that he has beaten in previous years like Torcedor, Big Orange and Vazirabad have gone away, but I always have respect for the opposition in the race.

‘Any are capable of giving us a race. But we know he gets the trip well.’

He is ridden by James Doyle with Appleby’s No 1 jockey, William Buick, choosing to partner Moonlight Spirit, runner-up to Technician in the Prix Chaudenay at Longchamp in October. In Thursday’s rematch, champion jockey Oisin Murphy will ride Technician.