Hollie Doyle and Tom Marquand admitted their domination of British Champions Day at Ascot on Saturday was still sinking yesterday as they both took a rare day off at their Berkshire home.

Doyle continued her rise through the ranks with a career first group one win on Archie Watson-trained Glen Shiel in the Champion Sprint plus success on Alan King-trained Trueshan in the Long Distance Cup while Marquand landed the Champion Stakes on William Haggas-trained Addeybb and the Balmoral Handicap on Jessica Harrington’s Njord.

Marquand said: ‘You couldn’t have written the day any better. Unintentionally, I guess, we’re pushing each other. We both have similar goals and things we want to achieve. 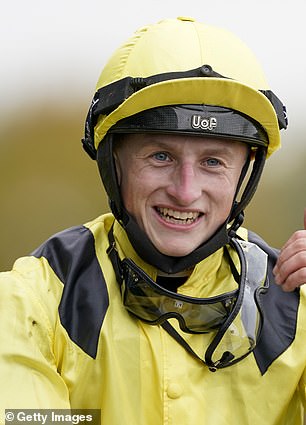 ‘We’ve got each other’s entire and full backing, which has to make a difference. We never get a day off together, so today couldn’t have fallen any better. We’re just chilling out and enjoying it.’

Marquand and Doyle are third and fourth respectively in the Flat jockeys’ championship but with title race leader Oisin Murphy facing a potential six month ban for testing positive for cocaine while riding in France that would delay his re-entry in the 2021 season there is a chance the partners could battle out next year’s title.

In a match bet, Ladbrokes make it 1-2 Marquand will ride the most winners of the pair and 6-4 Doyle.

Ladbrokes spokesman Jon Lees said: ‘Hollie Doyle and Tom Marquand took British Champions Day by storm and their rivalry promises to be one of the big storylines for the next Flat Turf season. In a match between the couple we think Tom will ride the more winners next year but it will be a close run thing.’ 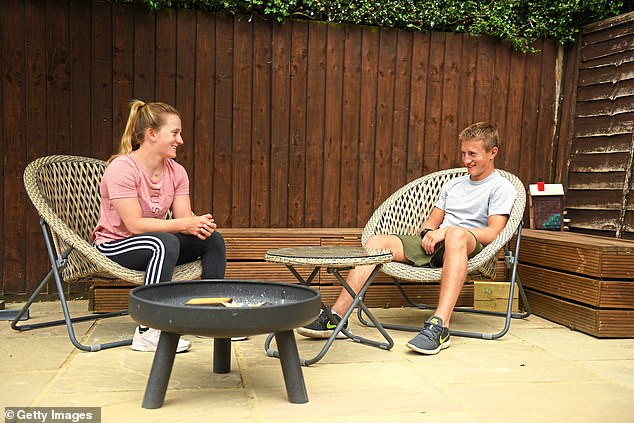