Hayley Turner was in the saddle when Thanks Be created one of the biggest stories of Royal Ascot last year — but Hollie Doyle reckons she was just as pleased as her winning colleague.

Turner’s victory on the Charlie Fellowes-trained filly in the Sandringham Stakes ended a 32-year wait for a female jockey to succeed at the royal meeting.

Gay Kelleway’s success on Sprowston Boy in the 1987 Queen Alexandra Stakes being the only win for a female jockey was a tiresome statistic to Doyle and the other female jockeys.

Doyle said: ‘I was so pleased it was Hayley because she has been riding so much longer than me. But I was also relieved and I think all the other girls riding there were as well.

‘Every day it was being highlighted we might become the first female jockey to ride a winner since Gay Kelleway. It was getting a bit boring to be honest but I suppose it wouldn’t have been talked about unless it was possible, so that is positive.

‘Now Hayley has done it, hopefully it will quieten down a bit and in the next few years it will become a regular occurrence.’

Turner, joint champion apprentice jockey in 2005 and the first female in Britain to ride 100 winners in a year, has been in the vanguard for British girls on the Flat. The pool is expanding with Nicola Currie, Josephine Gordon and Megan Nicholls competing alongside Turner at Royal Ascot next week. 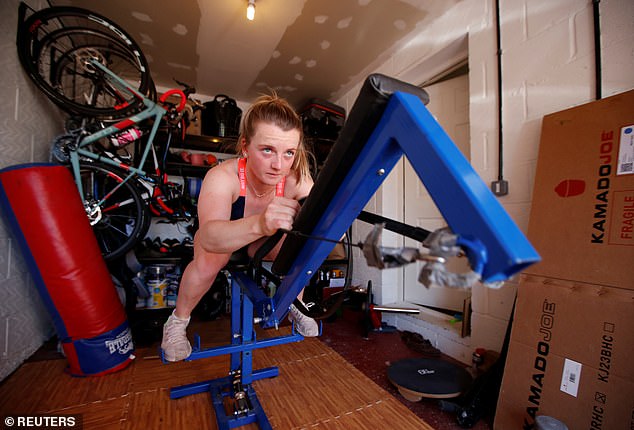 But there is no denying 23-year-old Doyle is currently Britain’s most successful female Flat jockey. She set a new female record of 116 wins in a year in 2019 and already in this campaign has 44 winners, a tally bettered by only Ben Curtis and Luke Morris.

But Doyle says it took time for her to gain confidence during her first three seasons which yielded only six winners.

She said: ‘It was a slow start but not everyone takes off straightaway. At the time it was frustrating but it has probably worked out in my favour. I had a few highs and lows I had to deal with so if anything happens now I should be immune to it.

‘I never felt like giving up but at the time I probably thought I was not good enough. My confidence is fine now. I felt like I had to work harder than anyone else because I was not as natural as some of the guys.’

Lockdown for Doyle meant a chance to do some DIY and gardening at the house she and fellow jockey and partner Tom Marquand bought last year. 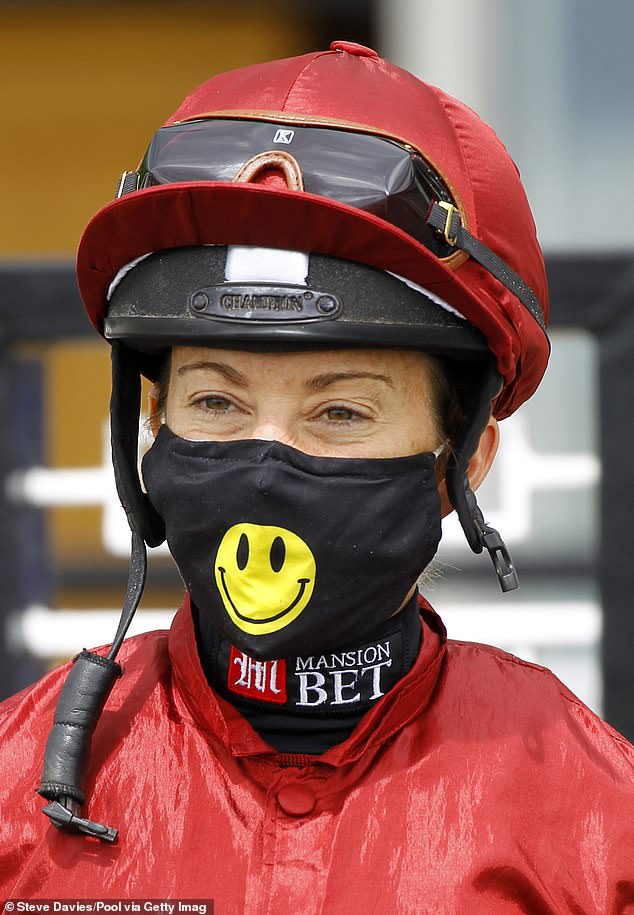 There was pleasure mixed with frustration as she watched Marquand land the first two Group One wins of his career in Australia.

But having bought a road bike to help her keep fit — Doyle and Marquand were clocking up 30 miles a day around the Berkshire countryside when he returned home — any concerns that her career would stall have rapidly dissipated.

Her link with trainer Archie Watson is producing a stream of solid opportunities.

Doyle rides Glen Shiel for Watson in the opening Buckingham Palace Stakes on Tuesday while one of her best chances of the week will be the trainer’s Mighty Gurkha — a seven-and-half-length debut winner at Lingfield — in Wednesday’s Windsor Castle Stakes.

Doyle said: ‘I expected that kind of performance from him. We knew he was good but the way he put the race to bed he has to be decent, hasn’t he?’