After Honeysuckle landed the race 12 months ago, concerns her jumping was not slick enough prompted her team to aim her at a winning shot at the 2m 4f grade one Mares’ Hurdle at the Festival.

But trainer Henry De Bromhead signalled a clash with Epatante in the ultimate hurdling challenge is now on the cards after a Honeysuckle produced a complete performance to extend her unbeaten record to 10 races under jockey Rachael Blackmore to beat Abacadabras 10 lengths. 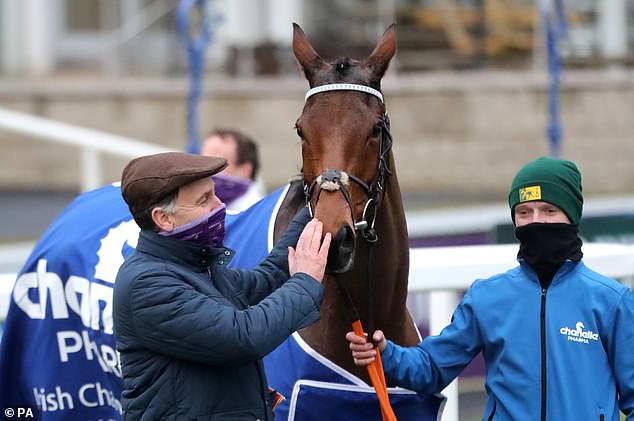 De Bromhead said: ‘That was brilliant and what we hoped she’d do. I’d say that would be up there with her best performances but she has put in a few good ones.’

Asked about a potential shot at the Champion Hurdle at Cheltenham, De Bromhead said would need to consult with owner Kenny Alexander but added: ‘You’d have to feel that we’d be leaning that way.’

None of Honeysuckle’s five opponents looked like laying a glove on her after Blackmore pressed on from the front four hurdles from home.

Meanwhile Chacun Pour Soi is odds-on favourite for the Queen Mother Champion Chase after winning the Ladbrokes Dublin Chase for the second year running with an electric performance.

It was one of three grade one wins for trainer Willie Mullins and jockey Paul Townend who also landed the Arkle Novices’ Chase with the impressive Energumene and 2m 6f novice hurdle with Gaillard Du Mesnil.

Native River, the 2018 Cheltenham Gold Cup winner, was cut to 16-1 to win the race again after relishing testing conditions to win the Cotswold Chase at Sandown. Runner-up Bristol De Mai will be aimed at the Grand National.

While Bangkok booked a trip to the Saudi Cup in Saudi Arabia as he sealed his second successive Winter Derby Trial Stakes at Lingfield. 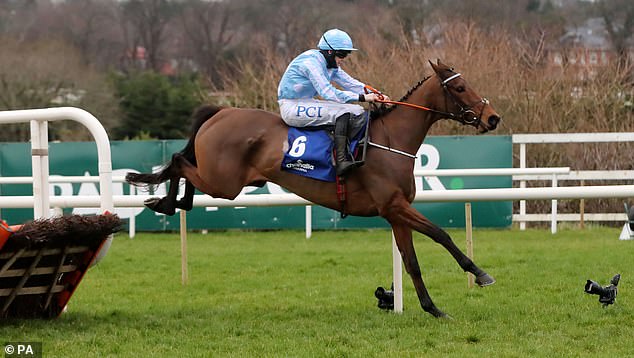