Newmarket-based Hugo Palmer believes a trainer’s perennial paranoia about keeping performance-affecting equine bugs and viruses out of their stables means racing will take in its stride the severe restrictions it must operate under for the return of the sport.

Palmer, who trains around 100 horses, said: ‘A trainers’ biggest fear is an equine virus in the yard. It can mean disaster for your season and your best horses, your strike rate and profitability.

‘We, as an industry, have been used to preparing anti-viral measures for decades. Our levels of hygiene have been incredibly high, so adding an extra level of checks is a little hardship not a large one.’ 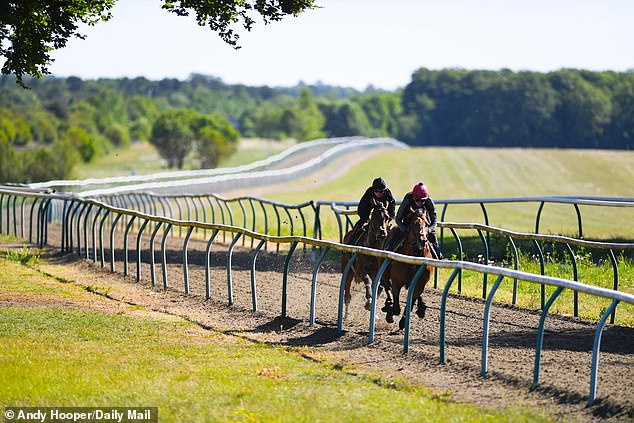 All have had to be registered on the list of attendees, complete health questionnaires and will be temperature tested on arrival.  The added levels of administration are why, for the time being, runners in Flat races must be declared 72 hours before race day, 24 hours longer than normal.

Tack for each horse will be kept separate and must be disinfected every time it is used.

Palmer, whose biggest career wins came in the 2015 Irish Oaks with Covert Love and the 2016 2,000 Guineas and St James’s Palace Stakes with Galileo Gold, added: ‘There are many extra layers of checks that we need to go through in order to get the show on the road. At the moment they are an incredibly welcome novelty. 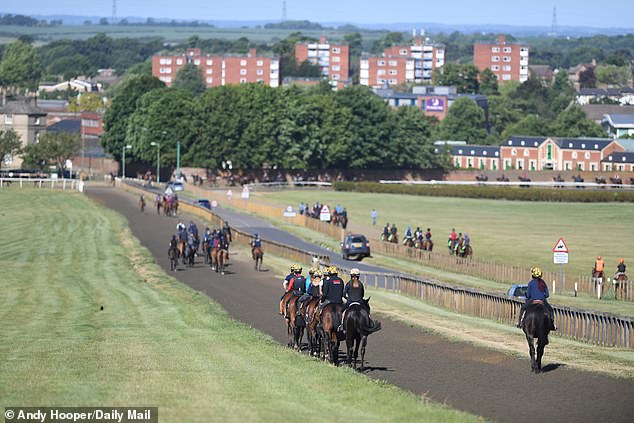 ‘We are all very enthusiastic about getting our heads around the protocols and requirements that need to be fulfilled but we have to hope these measures will not be in place forever.

‘We have had individual bags made and labelled which will contain all the necessary kit for each horse so it can be kept separate. The idea is that only one person should touch that kit for that horse.

‘It will have to be disinfected, re-bagged and labelled before it is used again.’

Huge demand to run means races have been massively oversubscribed, a situation that is set to continue on the restricted fixture list. There were 369 entries for the 120 slots available in Newcastle’s 10 races.

Palmer says trainers may have to be less picky where they run their horses but believes the glut of big races in the early weeks – the 1,000, 2,000 Guineas, Derby, Oaks, Eclipse Stakes as well as Royal Ascot will all be crammed into the first five weeks – could throw up a different pattern of big race winners. 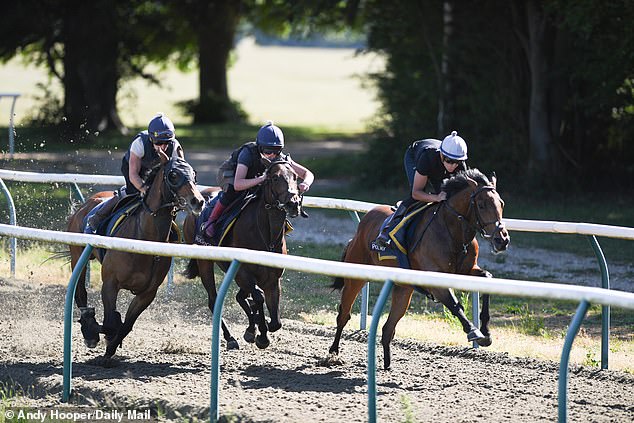 With races massively oversubscribed, Palmer may have to forgo the calendar he’d like

‘Everyone is intelligent enough to realise that is the situation and we are just going to have to make the best of it,’ Palmer said. ‘I will be keen to run horses in races they get in. It might be three weeks before we get another opportunity.

‘To have all these big meetings all on top of each other will be breathless but when races are spread out it is probably easier to win more of them. When they are concertined together it may throw up more individual winners of big races.’

Palmer tests the water on Monday with Zoran, a ‘a bigger, stronger colt this season’, who ran into a very smart colt when beaten by John Gosden-trained Waldkonig, a half-brother to Arc Waldgeist at Wolverhampton in December, while Rocket Rod, a half-brother to 2017 Dante and King Edward VII Stakes winner Permian who is ‘just ready to make his debut’.

On Tuesday at Kempton, Palmer runs Imrahor, a promising second on his Newbury debut last year, along with one of the most appropriately named two-year-olds of the season, the Qatar Racing-owned Lockdown.

Palmer added: ‘Sheik Fahad or someone at Qatar Racing was involved in naming him. I am pretty certain he was called Lockdown before Britain was in lockdown. I don’t think it was coronavirus inspired but it is an appropriate name and appropriate he is our first two-year-old runner. 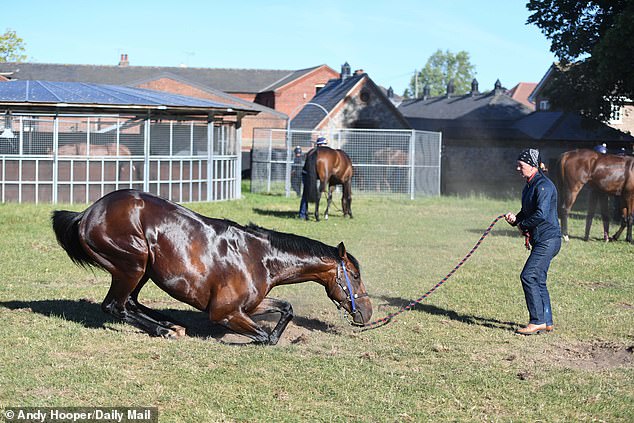 ‘He is a nice horse without being at this stage a dead-set Ascot two-year-old.’

Palmer will go to Kempton, knowing the routine will be strange but happy just to be back running horses.

‘I don’t think it will be as much fun. We will be asked, if you have two runners and they are two hours apart, to go and sit in the car,’ Palmer said.

‘They don’t want us loitering on the racecourse and there will be nowhere to eat, drink or sit. They are not going to be very jolly places to be but it will be good to have them back up and running.’