Being a jockey might be an individual sport but a little bit of team work can help to get through the pressures of the COVID-19 shutdown.

Romance blossomed for the two jockeys while they were both riding in Dubai during the Winter. 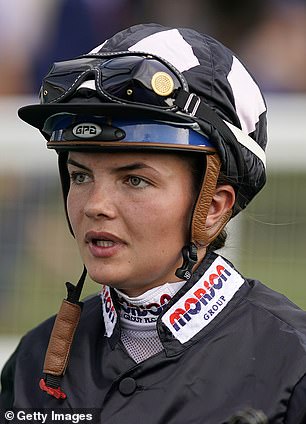 Fast forward a few months and they are helping each other prepare for the return of racing and making up for lost time after the frustrations of being on the side-lines from Stott’s base near Thirsk in North Yorkshire, close to the stable of trainer Kevin Ryan.

‘He also lets me watch Keeping Up with the Kardashians so is clearly very patient.

‘Both dad and Kevin Ryan said that if we can survive lockdown together then we can get through anything. We seem to be coping well at the moment.’

Given she is now based in the north, far away from her father’s Somerset stable, does Nicholls miss her close family?

She quipped: ‘Of course, I’ve missed not seeing those close to me, but there is every chance me and dad would have throttled each other too. 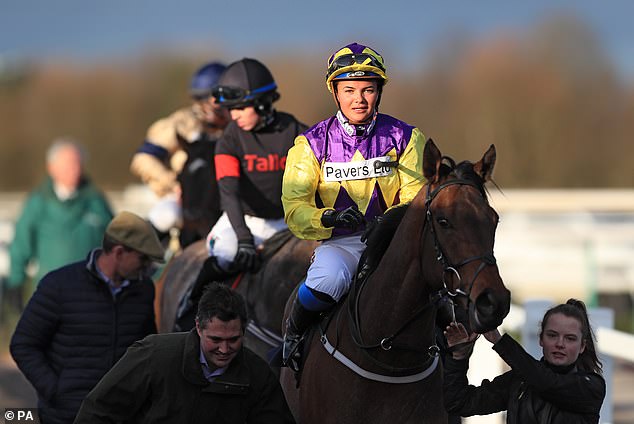 Nicholls, pictured riding Wasntexpectingthat, has been preparing to make her return to racing

‘I have been away since November with the Dubai trip. The life of a jockey can be a pretty solitary one with the travelling so I am used to my own company in some respects.’

The 22-year-old apprentice, winner of the Silk Race Series for female jockeys for the third successive time last season, was looking forward to a summer full of promise.

She has been signed as a retained rider for the Titanium Racing syndicate as well as becoming an ambassador for York Racecourse.

‘Sadly, we had lots of events planned with York and it has been very frustrating not to be able to promote the big meetings there,’ she added.

‘But, we all have to see the bigger picture at the moment and be patient and wait for when it is safe to resume.’

Nicholls and Stott, who has also established successful link-ups with other major training concerns such as Godolphin in recent times, have been keeping themselves fit and active with punishing circuit training and intensive bike rides. 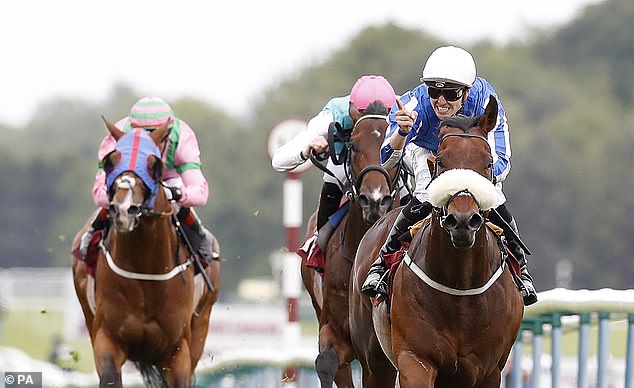 ‘It doesn’t take long to lose fitness, but Kev looked into sourcing the equipment for the circuit sessions we have been doing and we have definitely felt a big difference,’ said Nicholls.

‘He is very driven and active so has been a good influence, although he is also a very good chef which might be a problem for me!’

For his part, the 25-year-old Stott, born in Denmark, admits he learned plenty from a brief foray down south with former trainer Luca Cumani but is delighted Kevin Ryan has given him the chance in recent seasons to re-establish himself in the north.

Stott said: ‘I have only been in England for nine years and I went straight to Kevin’s yard when I came over at 16. My dad is English and rode in Denmark. He paved the way for me to join Kevin where I got my licence.

‘As a 5lb claimer I went south and had an 18-month spell in Newmarket with Mr Cumani, but I didn’t ride many winners in that time even though Mr Cumani gave me opportunities and was a very good mentor. 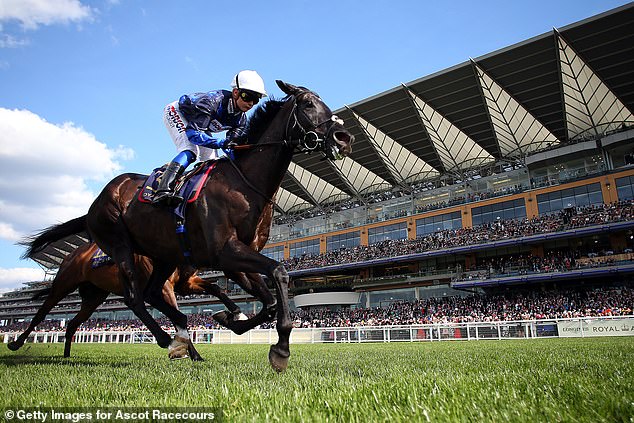 ‘When I contacted Kevin and told him I was thinking of coming back north he was very good to me and gave me terrific support as well as a lot of winners.

‘I have always been able to go to him if I have a problem, even with anything outside racing and we get on very well.’

This summer could well have represented a breakthrough campaign for the duo with Stott looking to further strengthen his alliance with Ryan while building on his burgeoning relationship with Godolphin.

For her part, with just 16 winners left on her claim following a career-best season, Nicholls had already made a bright start to another new unison with agent Steve Croft booking her rides prior to the enforced absence.

Although a period of inactivity has left her questioning that decision; ‘Steven hasn’t got me a ride for six weeks, I might have to think about sacking him!’

The return of racing: Jockeys wearing masks, deserted stands and ‘you can’t talk to anyone’