Jockey William Buick is HEADBUTTED by rival horse Approachability in the stalls at Epsom, leaving him unable to compete in the opening race as Derby Day gets off to a dramatic start

There was a dramatic start to Cazoo Derby Day when William Buick received an unexpected bang on the head from Approachability when in the stalls for the Cazoo Handicap Stakes.

Buick, who was aboard Blue Trail in the neighbouring stall, was stunned by the blow from Jason Hart’s mount, who was next to the Charlie Appleby-trained runner, who set off with the others while his jockey remained in the stalls.

The 33-year-old, who missed three months of the 2019 season with concussion, walked back to the changing room unaided and was later cleared to take his remaining rides. 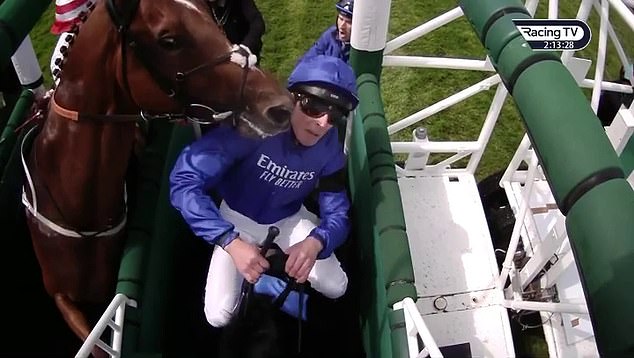 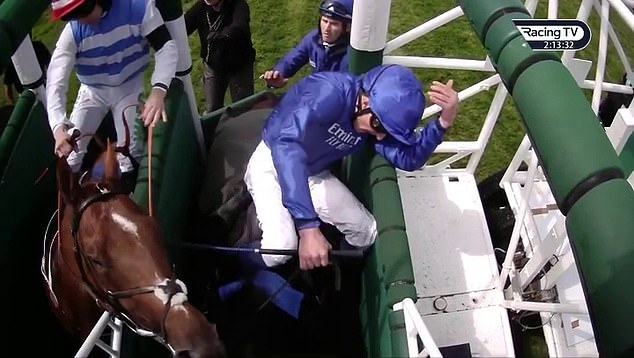 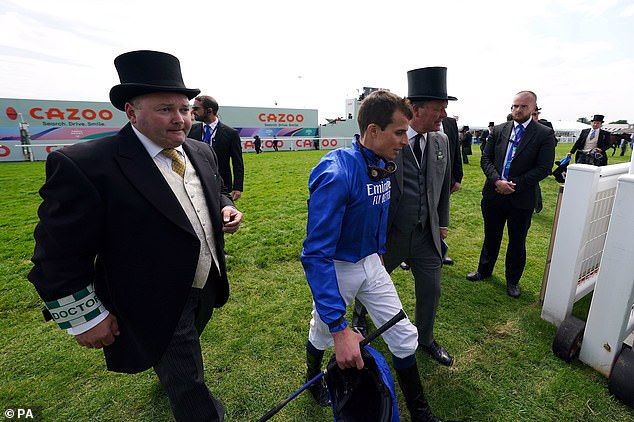 The remaining 13 runners in the 10-furlong handicap had to contend with the loose horse and it was the Hayley Turner-ridden Swilcan Bridge, who was running from out of the handicap, who navigated the path to the winning line best.

The Andrew Balding-trained winner hit the front approaching two furlongs out, to score by a fast-diminishing head at odds of 7-1.

Balding said: “Hayley did a great job on him because it was all a little bit confusing with the loose horse, but she had him in the perfect position and got him rolling early enough which was the difference between winning and losing. So I was thrilled with the ride.

“He had a run here earlier in the year and he had run very well at Goodwood last time out and he crept in from out of the handicap today, but when you have got the opportunity to run for this sort of prize-money, if he is going to take a 10lb hike, it doesn’t matter.

“It is just a thrill to have a winner on Derby Day. He is a joy to train and could keep on improving.” 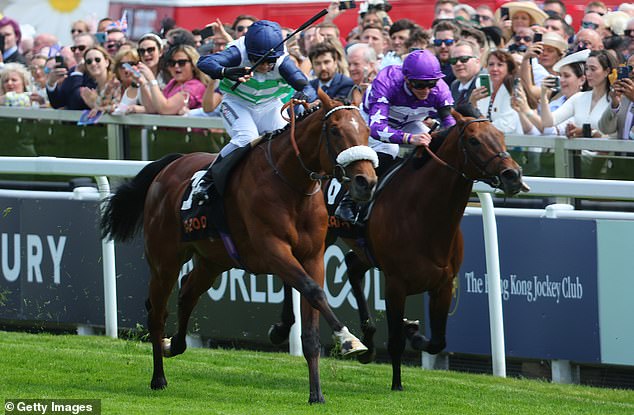 Swilcan Bridge (L) went on to win the race, with Blue Trail considered a non-runner

A stewards’ inquiry was called into the start, with Blue Trail deemed as withdrawn and therefore a non-runner.

A report from the stewards read: “The stewards accepted that Approachability, drawn six, had thrown its head to the left hitting the head of Buick, resulting in Buick becoming temporarily incapacitated and distributing his weight onto the left side of the starting stalls running board and consequently not being fully mounted when the start was effected.”

Buick said after partnering Modern News into second in the Diomed Stakes: “I’m fine, I’ve just never seen anything like that happen before.”

Appleby added: “He’s OK. It was a nasty blow and he was lucky he had the hat on.

“He said for a couple of seconds he was catching his breath, but he’s fine which is the main thing.”