The history boys are back on Tuesday looking to follow up Enable’s Ascot triumph with more glory for Stradivarius at Goodwood.

Victory for Stradivarius in the two-mile Al Shaqab Goodwood Cup would make him the only horse to have won a race that dates back to 1812 four times.

But Gosden has warned it will be a stiff test for Stradivarius, saying it could be ‘the greatest challenge of his life’.

Enable was not pushed as hard as seemed likely at Ascot on Saturday with Japan, trained by Aidan O’Brien, running below par.

Stradivarius faces six rivals, including Ascot Gold Cup runner-up Nayef Road and Queen Alexandra Stakes winner Who Dares Wins. But in a contest being billed a Gosden-O’Brien shoot-out, it is the Irish trainer’s Santiago, who receives 15lb from six-year-old Stradivarius on the weight-for-age scale, that Gosden fears most. 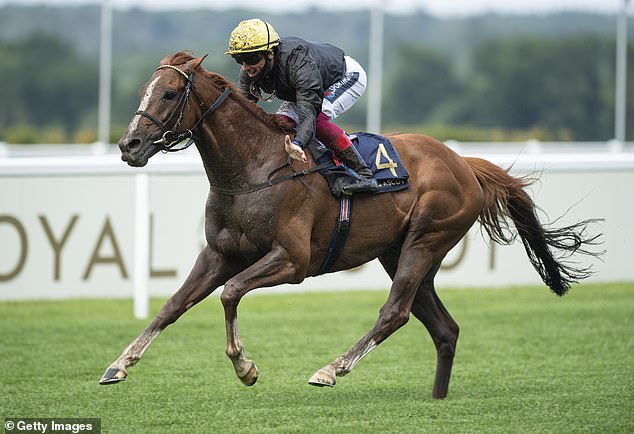 In the 2017 Goodwood Cup, the three-year-old Stradivarius, who had won the Queen’s Vase at Royal Ascot, was the youngster receiving weight and proved too good for popular Ascot Gold Cup winner Big Orange before going on to win the St Leger at Doncaster.

Santiago has won the Queen’s Vase and has his sights set on the St Leger. For good measure he also won the Irish Derby.

Gosden said: ‘We have a horse who has done something special against us and we have a bit of a problem because we are taking on a very good three-year-old. When you put the lead in the saddle and you are going two miles it is a bundle of weight.’

Classic winners taking in the Goodwood Cup are rare these days but Santiago’s career path has been a product of the re-configured Covid-19 season. 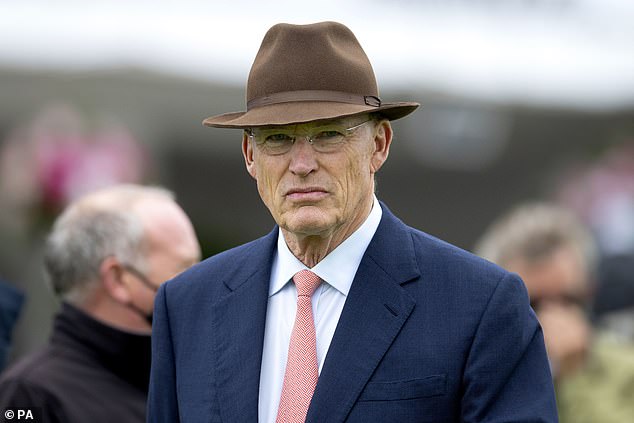 John Gosden warned it will be a stiff test, saying it could be ‘the greatest challenge of his life’

He looks talented but does not have history on his side. Since 1946, only eight three-year-olds have won the Goodwood Cup, with Stradivarius the only one this century from 13 who have tried.

Stradivarius will be a tough nut to crack. He can justifiably be mentioned as one of the long-distance icons of the sport after winning his third Ascot Gold Cup last month and stands alongside Double Trigger as the only three-time Goodwood Cup winner.

Double Trigger’s 1995 win was an epic battle with stablemate Double Eclipse in which he conceded 21lb to his younger rival. It would be fitting if the horse that breaks his record does it with a similar weight-defying performance.