Joseph O’Brien landed his second Melbourne Cup when 25-1 shot Twilight Payment made all the running under a perfectly-timed ride from Australian jockey Jye McNeil at Flemington on Tuesday.

Just like 2017 Melbourne Cup when Joseph’s Rekindling beat his father Aidan’s Johannes Vermeer, it was another family affair with O’Brien snr’s Tiger Moth beaten half a length in second.

But the race was marred by a fatal injury to O’Brien snr’s Anthony Van Dyck, the first English Derby winner to race in Australia.

The fatality was a huge blow to both the Melbourne Cup and Australian racing which has been damaged by a series of equine welfare incidents.

Seven horses have died during or as a result of running in the Melbourne Cup since 2013. They include Aidan O’Brien-trained Cliffs of Moher, who broke a shoulder in 2018.

Racing Victoria said their integrity team would investigate the fatal incident. The Flemington track is likely to be one area of focus. 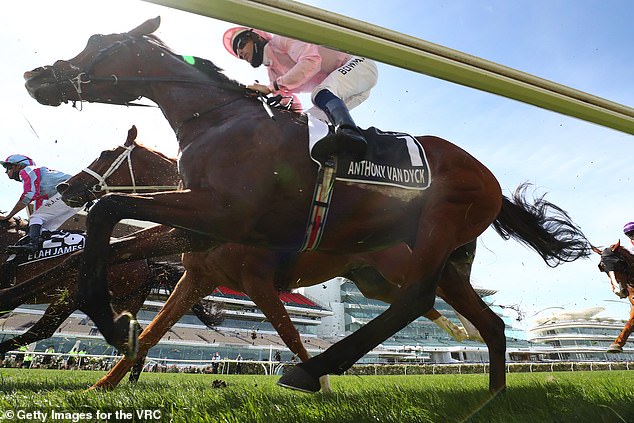 Joseph O’Brien said: ‘I was hardly able to watch but it was a fantastic ride by Jye.’

The BHA has announced that owners will still be able to attend a racecourse during the new Covid-19 lockdown which starts on Thursday but face stricter regulations. It will be a maximum of two owners per horse, they will have to arrive shortly before their horse runs and leave afterwards. There will be no hospitality on course.