‘The chances of him running are slim’: 2000 Guineas winner Kameko unlikely to be risked at Ascot due to mixed weather conditions, admits racing manager David Redvers

The likelihood of 2000 Guineas winner Kameko lining up in Saturday’s Qipco Group One Queen Elizabeth II Stakes at Ascot are ‘slim’ according to David Redvers, racing manager to owners Qatar Racing.

Redvers said his team were reluctant to risk the Andrew Balding-trained colt, who is 5-1 second favourite behind odds-on market leader Palace Pier, on Ascot which is a combination of soft and heavy with a mixed weather forecast this week.

In a nine-race career, Kameko, a son of US stallion Kitten’s Joy, has never run on ground worse than Good.

‘The chances of him running are slim. I have to discuss it with Sheik Fahad and Andrew,’ Redvers said.

‘There are pedigree arguments he would go on soft but he has a beautiful action and if we ran him on bottomless ground it would jeopardise him going to the Breeders’ Cup.

‘The odds on him running are drifting with any rain we have this week.’ 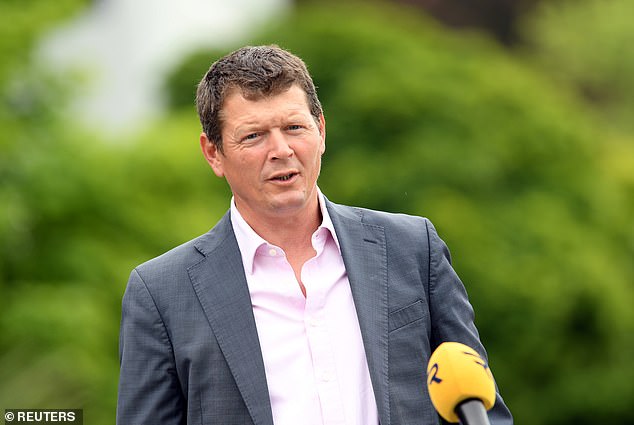 Andrew Balding has trained Kameko to victories in the Vertem Futurity Trophy, the Joel Stakes and the 2000 Guineas

Spectators back at Haydock, Kempton, Lingfield and Ludlow next week after relaxation of restrictions