Trainer Milton Harris has warned against underestimating bargain-buy Knight Salute at Cheltenham as he was cut to 14-1 for the Triumph Hurdle after making it five races unbeaten in the Coral Adonis Hurdle at Kempton.

The Hurdle betting is dominated by Irish-trained contenders but Paddy Brennan-ridden Knight Salute showed his resolute side when beating Teddy Blue, who lost his chance with a last-flight blunder, by three-and- a-quarter lengths.

Knight Salute, who cost £14,700 when bought out of the Andrew Balding Flat stable, has now won three Grade Two contests over hurdles. Harris said: ‘We are in there with horses that cost 10 or 15 times more than him. We’re going there as third or fourth favourite and we’re unbeaten. I’m sure the Irish horses are very good but they are beatable. I’m not sure he’ll beat them but they’ll have a race from the last.’ 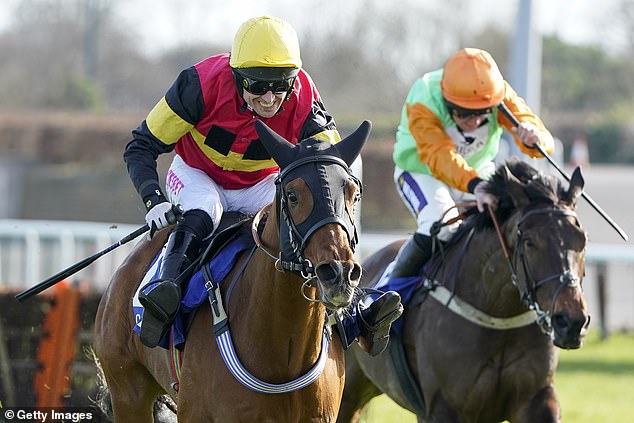 Aucunrisque bested Shallwehaveonemore by a length in the Grade Two Dovecote Hurdle at Kempton under Tom Cannon. He has the option of running in the County Hurdle at Cheltenham but trainer Chris Gordon said his gelding was more likely to be saved for a race at the Grand National meeting in April.

That meeting and the Grade One Manifesto Novices’ Chase is also the destination for Paul Nicholls-trained Pic D’Orhy after the length win from Millers Bank in the Grade Two Pendil Novices’ Chase.

Dan Skelton-trained Flegmatik will be saved for the Bet365 Gold Cup on the final day of the jumps season at Sandown after his easy win in the 2m, 4f handicap chase that opened the Kempton card. 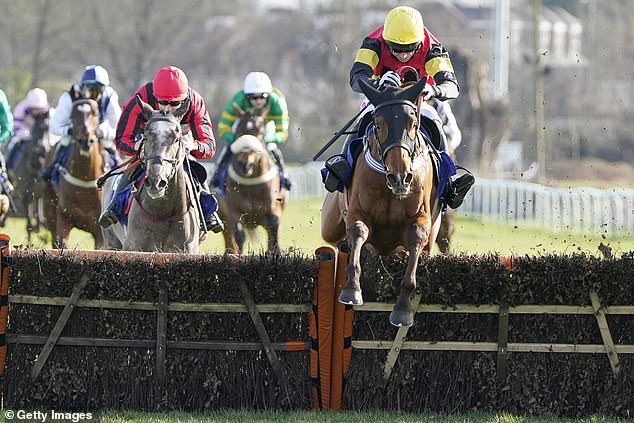