Trainer Willie Mullins watched his son Patrick win his first race over the iconic Grand National fences on TV back home in Ireland, then described it as ‘nerve-racking’.

Patrick, 31, partnered Livelovelaugh to victory in the Randox Topham Handicap Chase, standing in for injured to Paul Townend. 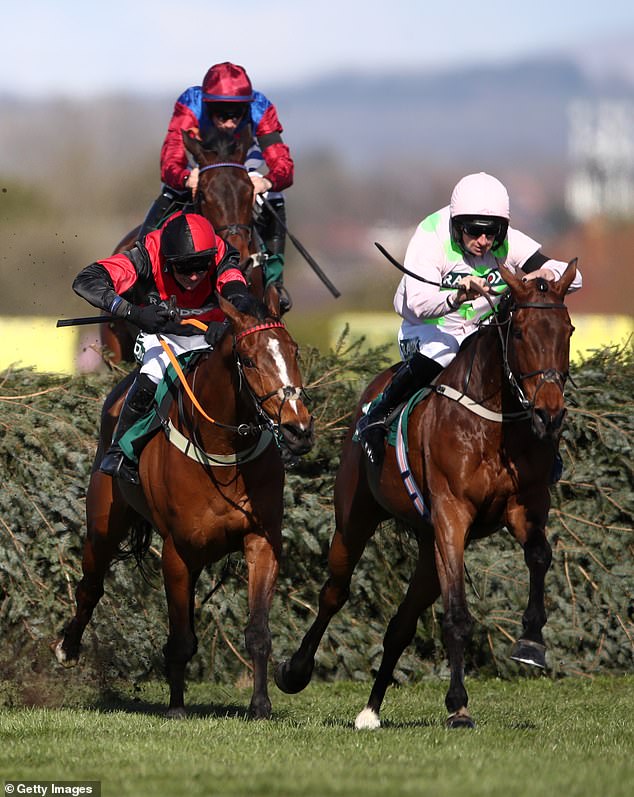 ‘It was nerve racking, but wonderful at the same time. Once he got over the last you could see he had a little bit in hand. It was just something else.

‘The plan was to let him get out there jumping the fences and see where he found himself. He was very good at his fences. Patrick didn’t need to interfere with him and when Patrick needed assistance from the horse he gave it back at the end. It is tough on Paul Townend too but unfortunately these things happen.’

Patrick Mullins added: ‘Ever since I was a kid, I watched horses do that and thought what a thrill it must be. I just wanted to go round again on him – I just sat there, he did most of it, to be honest.

‘I had it in my head I wanted to go quick over the first four, give him a bit of a breather round the bend up to the line down to Bechers, and then let him jump around there, cross the Melling Road and slow it down a little but not too much. 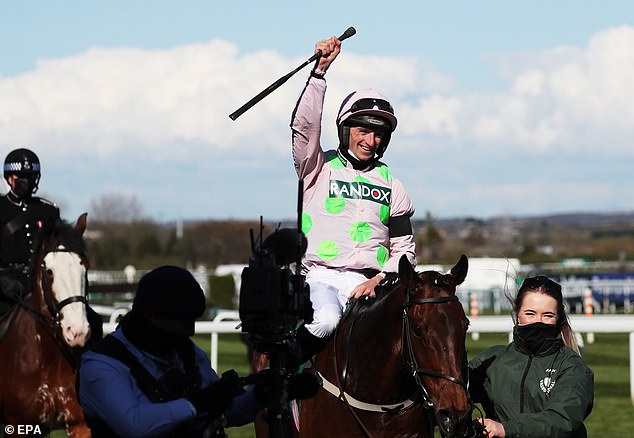 ‘I was trying to let him pop the second-last and he came up out of my hands, which was my fault. So down to the last I kept the revs up. He got quite tired in the last 100 yards – or maybe I did! One of us did, but he was definitely idling.’

He said: ‘The ground is coming right for him. You don’t know how they will take to the track until they get here, but if he takes to it, he’s got the right kind of weight, he’s the right kind of age, he’s relatively unexposed..’

As well as Livelovelaugh’s victory in the Topham, there were wins for Belfast Banter, who followed up his win in the County Hurdle at Cheltenham with a length and a quarter victory in the Grade One Top Novices’ Hurdle for trainer Peter Fahey and jockey Kevin Sexton, and Denise Foster-trained Tronador (Jack Kennedy) in the Pertemps Handicap Hurdle. 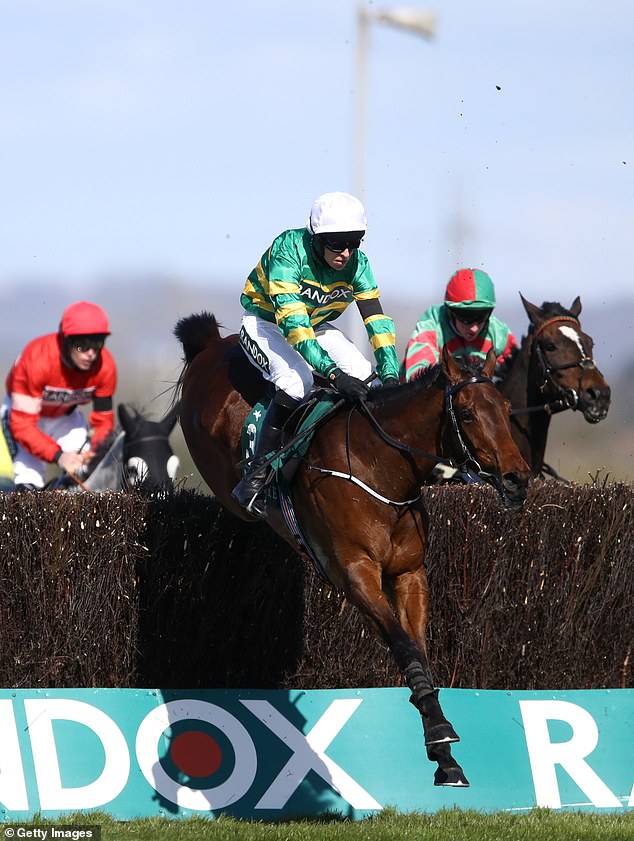 O’Brien said: ‘He has been a real consistent horse all of his life. He has been second in four Grade Ones since he won his previous one so it is nice to get another on the board at this level.’

Nicky Henderson-trained Chantry House landed the Grade One Marsh Novices’ Chase at the Cheltenham Festival after the hot favourite Envoi Allen had fallen and he again capitalised on the exit of a rival to land the Mildmay Novices’ Chase by 32 lengths after Espoir De Romay had fallen at the penultimate fence when still in front.

Winning rider Nico de Boinville added: ‘When Espoir De Romay fell I was just getting into my stride. He was just taking a bit of coaxing along and getting him up into top gear. I could have done with a bit of company going down to the last – he was definitely idling.’

Henderson added: ‘Like any horse that has been to Cheltenham then come on to Aintree it is tough. The aim of today was to see if he stayed three miles.. They went quick enough and we established that it is the case that he is a three miler. 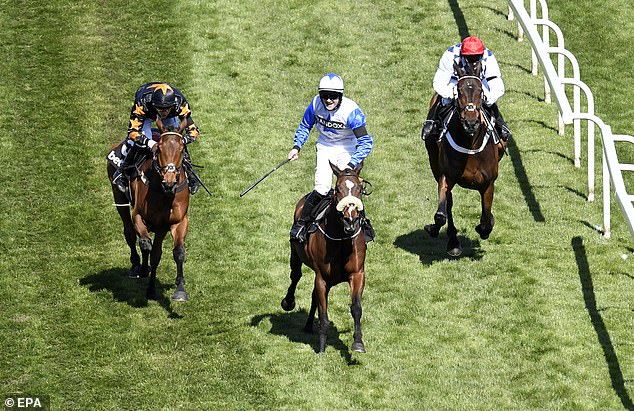 Espoir De Romay’s jockey David Bass said: ‘It’s annoying but he’s very good horse. He’s still very raw and green and has so much to learn. I can’t say we would have won, but we were going well enough.’

Having dominated the Cheltenham Festival, Irish runners have continued to land significant blows at the Grand National meeting.

Fox, who won the 2017 National with the Russell-trained One For Arthur, said: ‘It’s unbelievable as he’s only had the one run over hurdles before. He works so well at home and everyone thinks a lot of him. 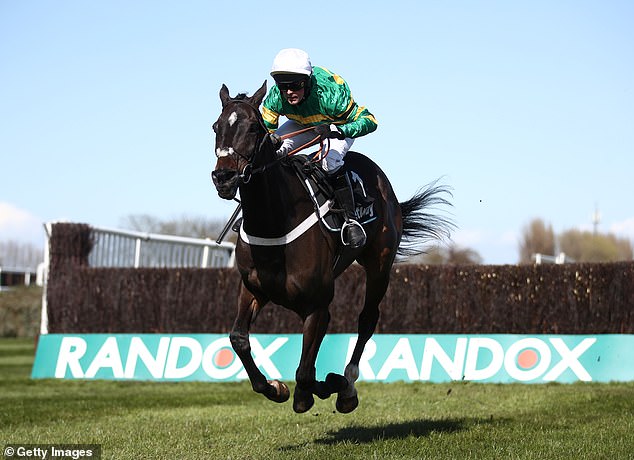 ‘This is my first winner back here since the Grand National on One For Arthur (in 2017). It was brilliant.’ Russell said: ‘It was only his second hurdle race today, but there was such confidence behind him at home. I just saw he was 66-1.

‘I can’t believe we managed to get him beaten in a bumper, but jumping has taken him to another level and I can’t wait for him to go chasing.

She added: ‘It’s great for Derek to ride another big winner and great for the whole yard at home.

‘He’s half-owned by my dad, who is 93. He’s found it hard through lockdown, like many people have. The racing has really kept him going, so it’s nice for him to watch it today.’