Love showed she has gritty mental tenacity to go with her outstanding physical ability as she fought off Audarya for a three-quarter-length victory in the Prince of Wales’s Stakes.

They were the sort of sizzling performances that made her a leading contender for the Prix De L’Arc de Triomphe before the autumn testing ground went against her and trainer Aidan O’Brien sidestepped the challenge. It left a sense of unfinished business but the anticipation of what Love still had to give was one of the most mouth-watering prospects of the 2021 Flat season. 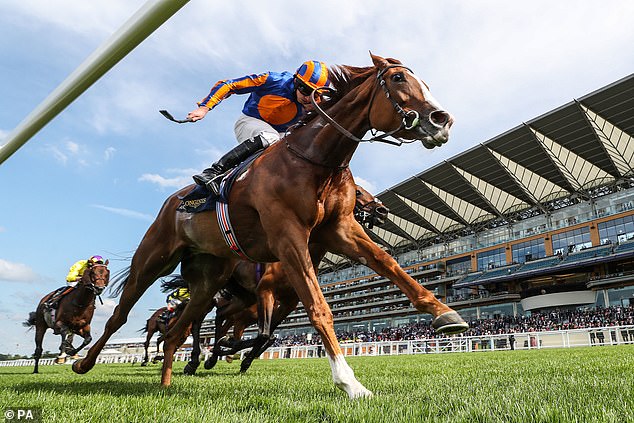 She now looks likely to return to Ascot next month after being cut to 9-4 favourite for the King George VI & Queen Elizabeth Stakes where a dust-up with Charlie Appleby’s Derby winner Adayar awaits.

O’Brien, whose fourth win in the Prince of Wales’s Stakes took him level on 75 Royal Ascot winners with the late Sir Henry Cecil, said Love was short of being cherry-ripe for the race having missed the chance for a prep-run.

‘We were a little bit worried,’ said O’Brien. ‘It’s the first time she has been asked to stretch this season. She was vulnerable. She has all the attributes of (her sire) Galileo. She was waiting for Ryan to say, ‘‘Come on’’. I knew when he did she would find for Ryan, she gives her all.

‘It’s the most important trait in a thoroughbred. She has it in spades multiplied by 10. You’d think hard about the King George if the ground was nice in midsummer after being around the track.’ 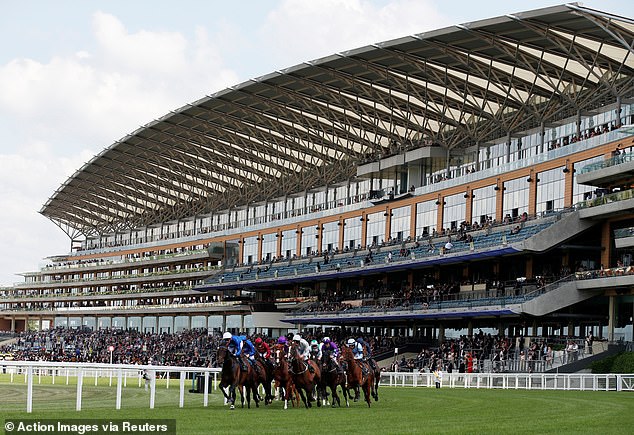 O’Brien’s Snowfall won this season’s Oaks by a record 16 lengths. She has the Irish Oaks next on her agenda but a clash with Love further down the line was not ruled out.

‘The time might come when they have to meet,’ added O’Brien, who also trained the third, Armory.

Moore had to judge his ride carefully on Love, making the running with a Breeders’ Cup Filly & Mares’ Turf winner in James Fanshawe-trained Audarya bearing down on her.

Despite just losing out, Fanshawe was delighted with the performance of Audarya, who runs in the colours of Alison Swinburn, widow of the three-time Derby-winning jockey Walter Swinburn

Audarya’s jockey William Buick has endured a meeting of contrasting emotions, narrowly missing out here and picking up an 11-day ban for his use of the whip on Ascot Stakes winner Reshoun.

But he was back in the winner’s enclosure for a second time this week when Kemari landed the Queen’s Vase for Appleby, always holding the O’Brien-trained 100-30 favourite Wordsworth.

Appleby said Kemari had been a ‘challenge’ until the son of Dubawi was gelded before he made his debut in May. That makes him ineligible for the St Leger.

Appleby hopes Kemari could develop into a contender in next season’s major staying race, but a challenge for the Melbourne Cup in November might be on the agenda this season.

Frankie Dettori admitted his second winner of the week — and 75th at the meeting — on John and Thady Gosden-trained 22-1 chance Indie Angel, who beat Lady Bowthorpe two-and-a-half lengths in the Duke of Cambridge Stakes, was unexpected.

For apprentice Laura Pearson, 20, victory on Lola Showgirl in the Kensington Palace Stakes came on her first ride at the meeting.