Favourite Mount Ida surges from the back to win the Kim Muir and give stand-in trainer Denise Foster second Cheltenham Festival winner, just a week on from taking over from disgraced trainer Gordon Elliott

Leading two out in the hands of Jack Kennedy, the 3-1 favourite gradually went clear to give Denise Foster a second Festival winner after taking over the licence at Gordon Elliott’s Cullentra House Stables.

Kennedy said: ‘I was lucky they were going quick, she was doing her best work at the finish. 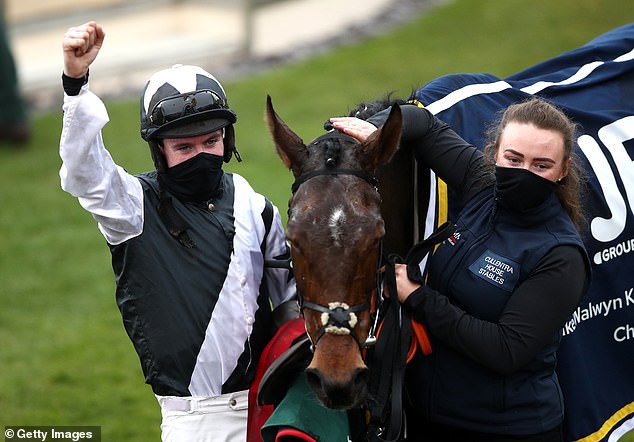 ‘We thought she’d stay, but I’d planned it going a bit smoother in the early part. I just had to make do what I could from there, luckily I had a very willing partner.

‘We were hoping she’d run a big race, we thought she might be thereabouts if things went smoothly, but I thought my chances were out of the window after four fences.

‘At the top of the hill I was fairly happy and I ended up getting there too soon.

‘It was a massive thrill, especially after the day I’d had, probably one of the most satisfactory winners I’ve had.’