Shishkin was trimmed to 8-11 favourite for the Arkle Novices’ Chase after comfortably making it three from three in steeplechases with an eight-and-a-half-length win in the Irish Thoroughbred Marketing Lightning Novices’ Chase at Doncaster.

The Nicky Henderson-trained winner of the 2020 Supreme Novices’ Hurdle shares the honour of being the shortest priced favourite for the Cheltenham Festival in March with Gordon Elliott-trained Envoi Allen who has his sights set on the Marsh Novices’ Chase.

Inevitable comparisons have been drawn between Shishkin and Sprinter Sacre and Altior, the two most recent champion two-mile chasers off the Henderson production line and jockey Nico De Boinville was full of praise following what he believed was Shishkin’s best run over fences so far.

After the leaving the useful runner-up Eldorado Allen floundering, De Boinville said: ‘They tried to turn it into a (stamina) test but it didn’t faze him at all.

‘He doesn’t waste any time in the air. He almost hurdles his fences which is what some of the best two-milers do. He has got it all and has answered all our calls.’

The strength of the Arkle Chase opposition Shishkin will face could become clearer with Willie Mullins-trained Energumene, ante-post second favourite and impressive winner of his two chases, holding entries at next weekend’s Dublin Racing Festival at Leopardstown. 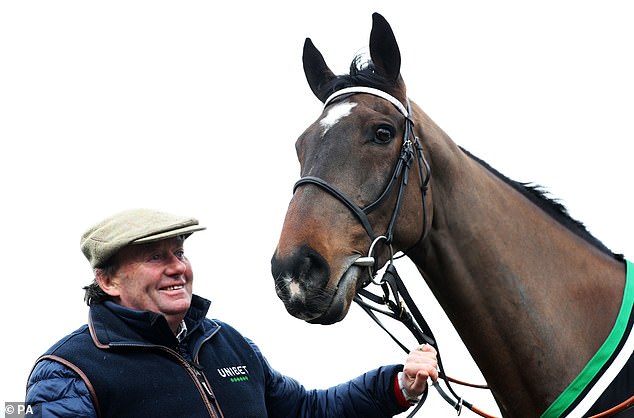 Henderson’s 2020 Gold Cup runner-up Santini is likely to head to Sandown next Saturday if the meeting hosts the re-scheduled Cotswold Chase. It was due to be run at Saturday’s abandoned Cheltenham meeting.

Takingrisks, winner of the 2019 Scottish National at Ayr in April, has that race in his sights again after defying odds 40-1 to win the Sky Bet Handicap Chase at Doncaster for trainer Nicky Richards and jockey Sean Quinlan.

Takingrisks, now 12-years-old, missed running in last season’s Grand National because of Covid-19 and Richards said: ‘I couldn’t understand why he was 40-1. I don’t have a bet very often but we had £20 each-way on him this morning. I think the dream of a National at Aintree has passed him by and he’ll go for the Scottish National again.’ 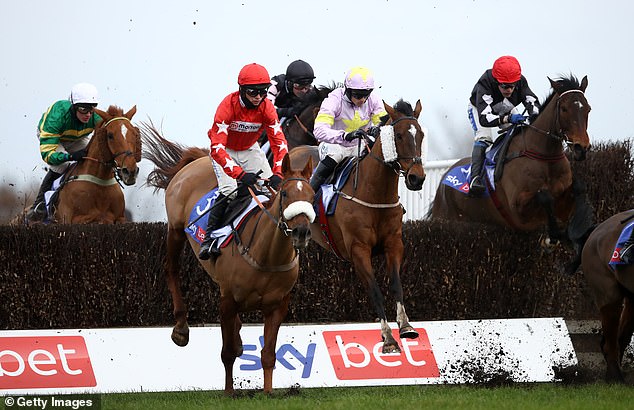