Harry Derham, assistant to 12-time champion jumps trainer Paul Nicholls, has revealed plans to set up as a trainer from a new purpose-built yard.

The 26-year-old will remain as right-hand-man to Nicholls this season before taking a year to pull together the exciting new project, with his first runners likely to be in May 2023.

Derham will follow in the footsteps of Dan Skelton and Harry Fry, who both worked under Nicholls before launching hugely successful training careers. 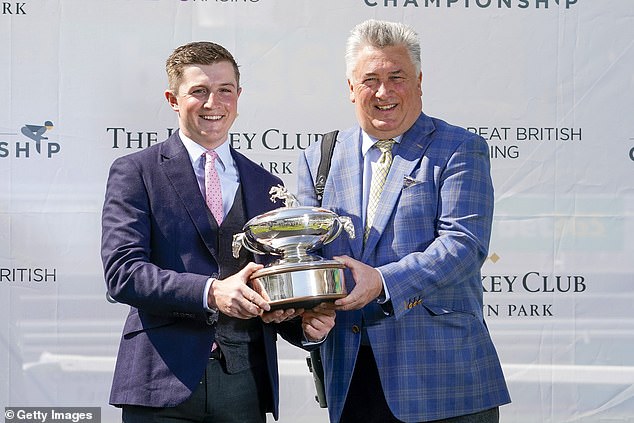 Derham, who rode 50 winners including Salubrious in the Martin Pipe Conditional Jockeys Hurdle at the 2013 Cheltenham Festival before quitting the saddle, said: ‘I love the training side of the sport and it is a natural progression, but I was always realistic enough to think that if I didn’t have the right opportunity I wouldn’t do it.

‘I could have quite happily been Paul’s assistant for another 10 years but I have been presented with a tremendous opportunity with some fantastic support.

‘We both agree this looks the right opportunity with the facilities to train to a high standard. It will be a brand new purpose-built yard and details are being finalised.’ Derham said his immediate focus remains helping Nicholls, who already has 27 wins this season, defend his title.

Derham added: ‘Paul is the whole reason I am in the sport and I have discussed everything with him because he has been my boss and mentor. This is my 11th season with him and my sixth as assistant. I am a million per cent committed to working for Paul this season.’

Derham’s position as assistant to Nicholls for the 2022-23 season will be taken by Charlie Davies, who currently occupies the pupil assistant role.